Earlier this month we took you through the Scandinavian Christmas markets, full of mulled wine and reindeers.

Now, we're here to guide you through the Christmas markets of wider Europe! 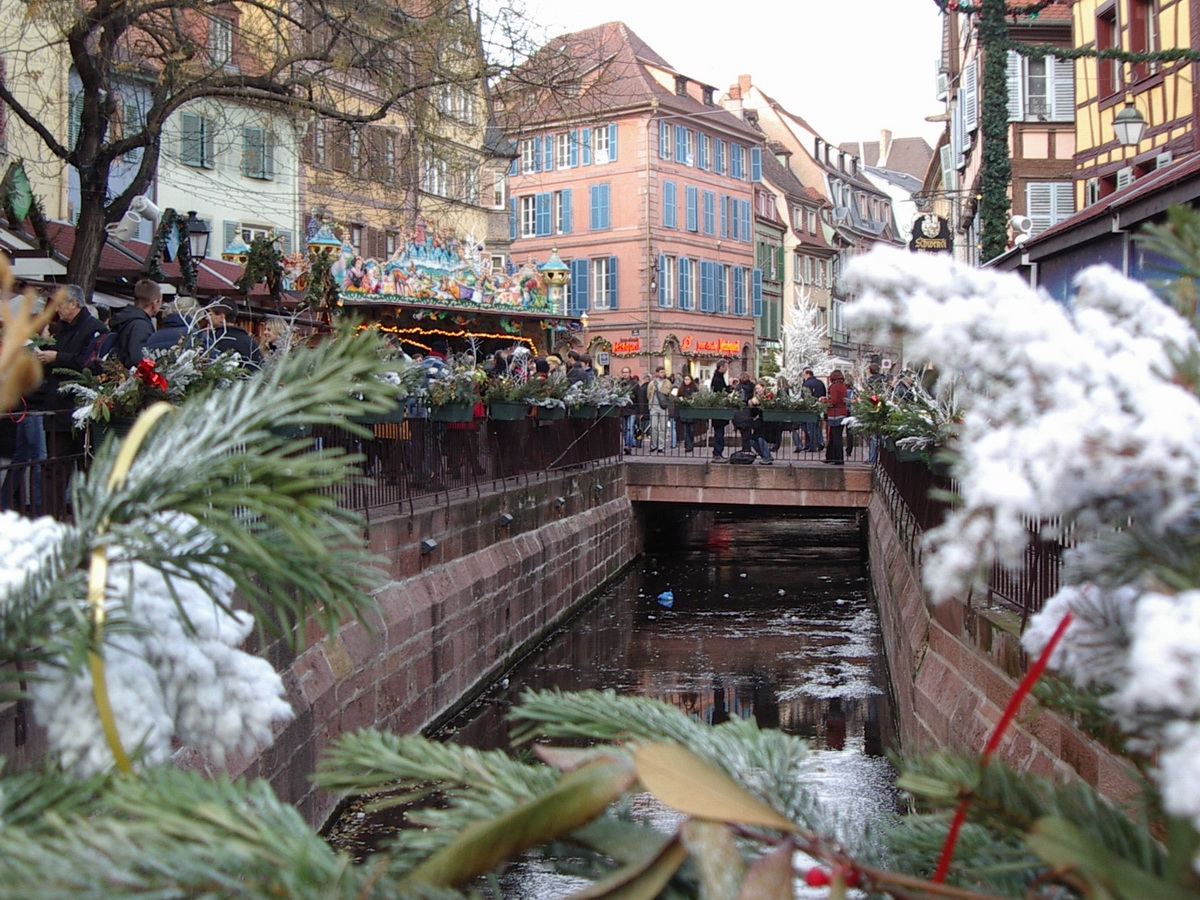 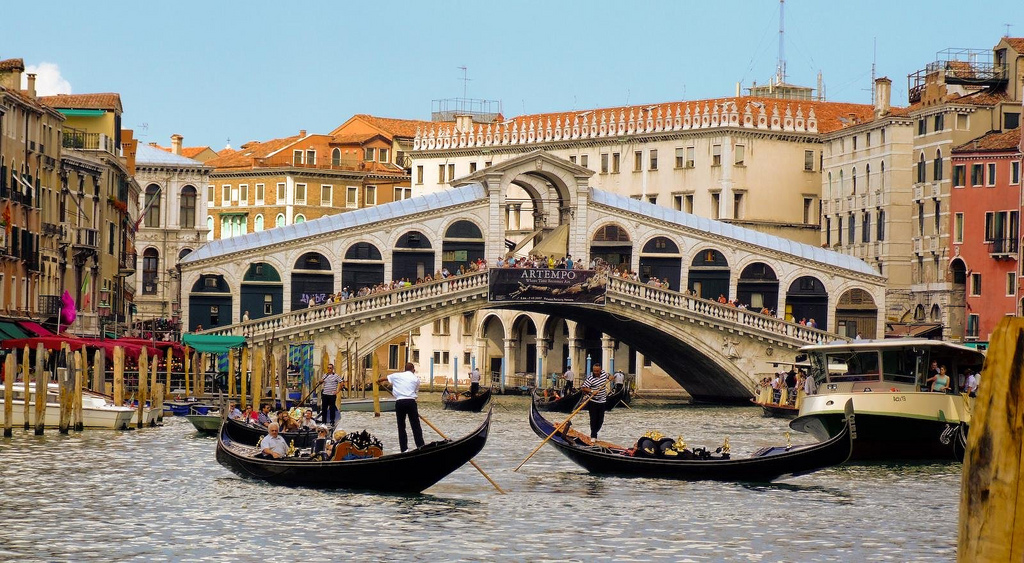 During November and December across the Veneto region of Italy, the Christmas markets come out in full force. Whilst there is fierce competition in Padau, Treviso and Vicenza, Venice should definitely be your first stop. Accessed by the port of Venice, the city of love and canals takes on a festive feel for the Christmas period. The Piazza San Marco and the Basilica di San Marco take a backseat to the Venice markets, where the main attraction is the Christmas village; located at the Campo Santo Stefano square.

For the three weeks leading up to Christmas (ending on the 24th December), the square is host to around 30 wooden cabins and completely transformed with painted backdrops of Venetian palaces, creating an unrivalled Christmas-y ambience. Sponsored by the Artisan’s Association, the market has a full offering of high quality Murano glass decorations, traditional carnival masks and other Venetian craft specialites.

The Campo Santo Stefano market also has a section entirely devoted to Italian speciality foods, from traditional cakes and fine olive oils to almond nougat and tiny biscotti. There is an offering to satisfy any palate! Along with the stalls there is also live entertainment in the form of musicians and concerts, some designed especially for children. 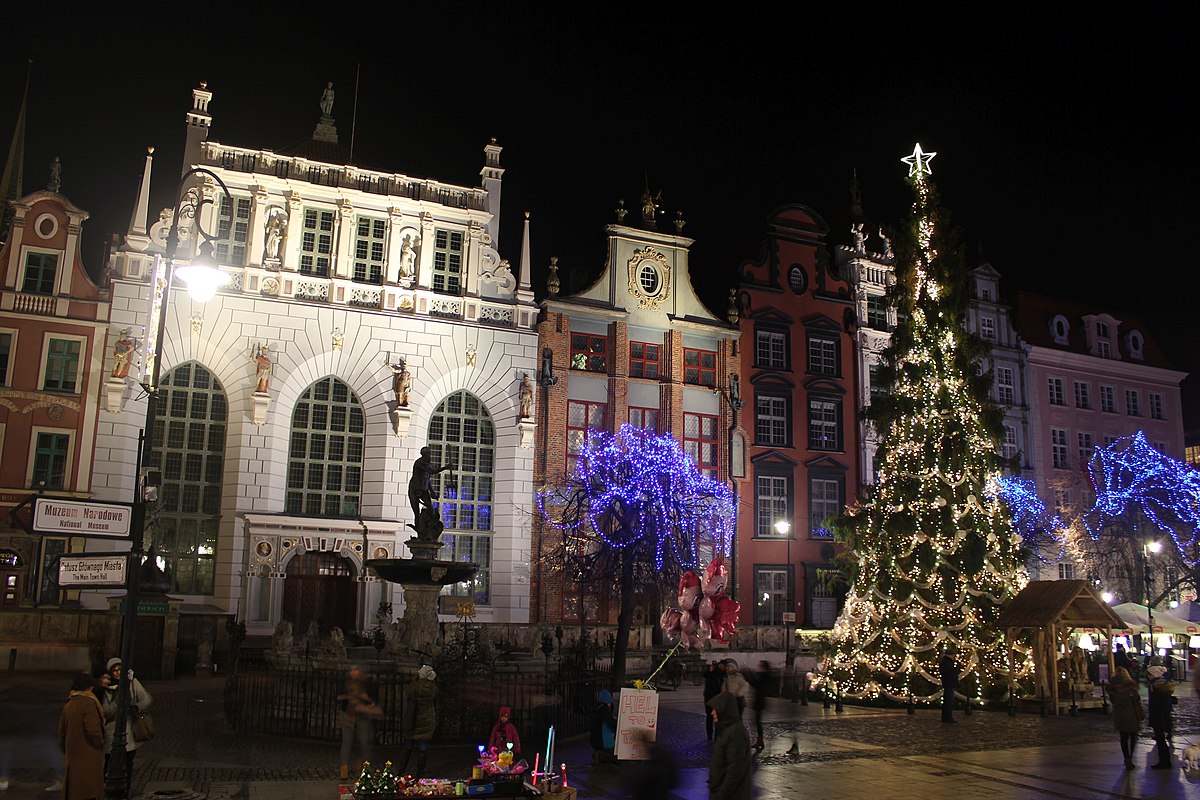 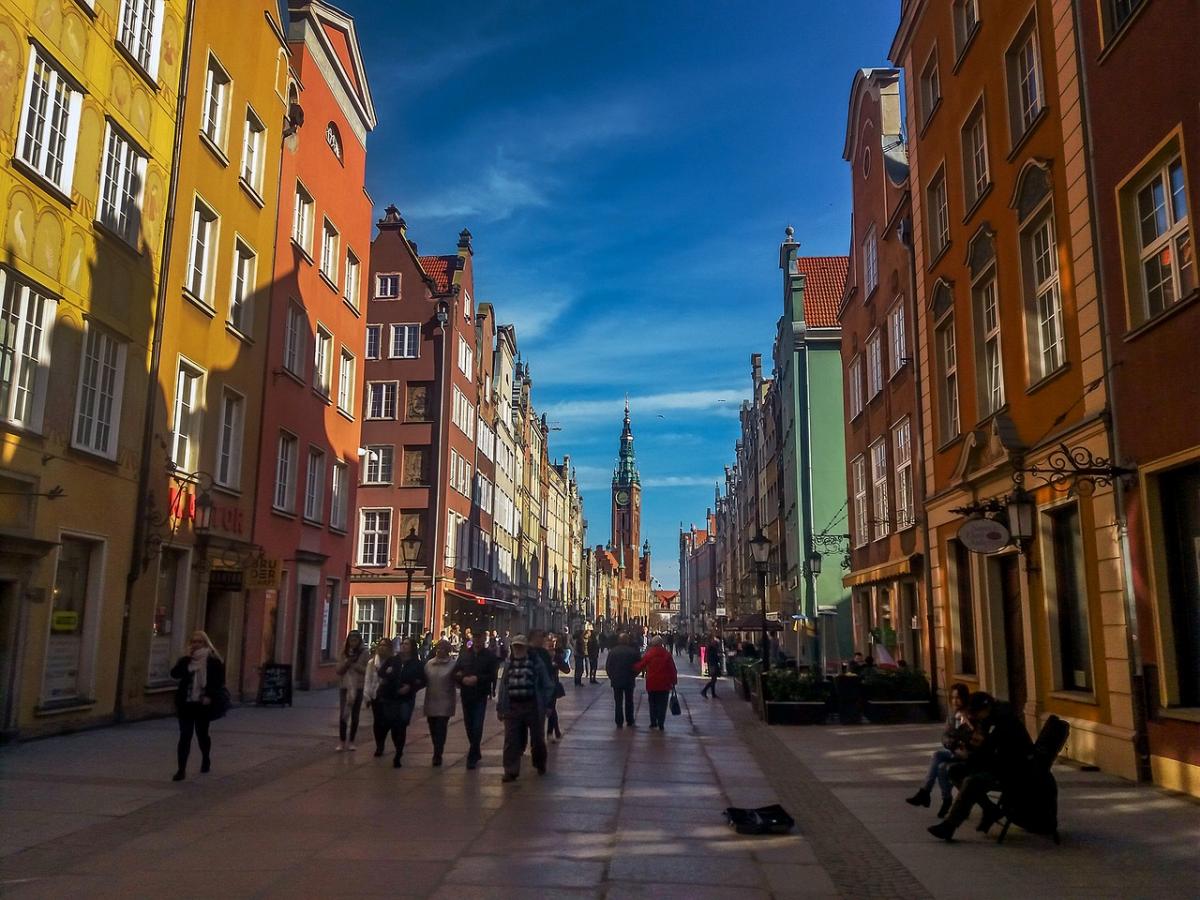 Located on the shores of the Baltic Sea, Gdansk also transforms parts of the city into its very own Christmas village. As the most important sea port in Poland at the mouth of the Vistula River, Gdansk controls most of the trade for the interior of Poland.

This picturesque seaside town is also home to such attractions as the old city gates, the Basilica of Saint Mary and the old town hall which has acted as a meeting place for merchants for centuries. The Coal Market (Targ Węglowy) in the Old Town transforms into a quaint Christmas village offering decorations and treats galore, woolen scarves and socks, handmade jewellry, children’s toys, mulled wine, hot cider and steaming portions of Polish food.

There is also a carousel and sledging slope for kids. The markets run from the 1st December to the 23rd, 11:00 - 20:00 everyday. The market stays open for an hour longer on Friday, Saturday and Sunday. 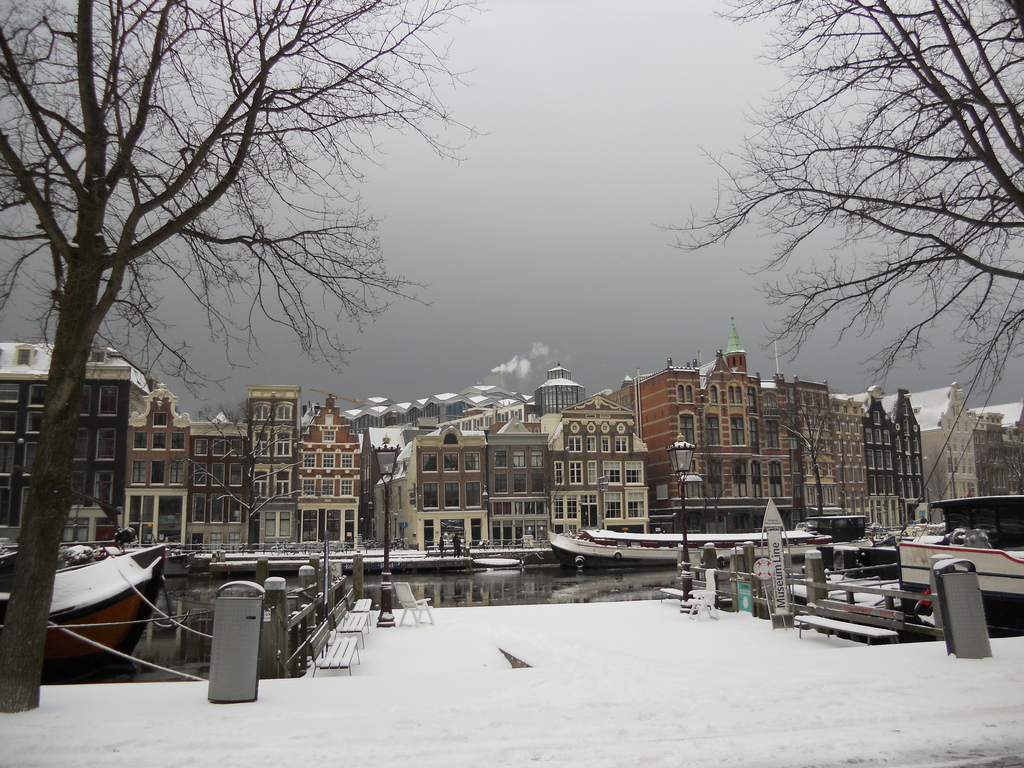 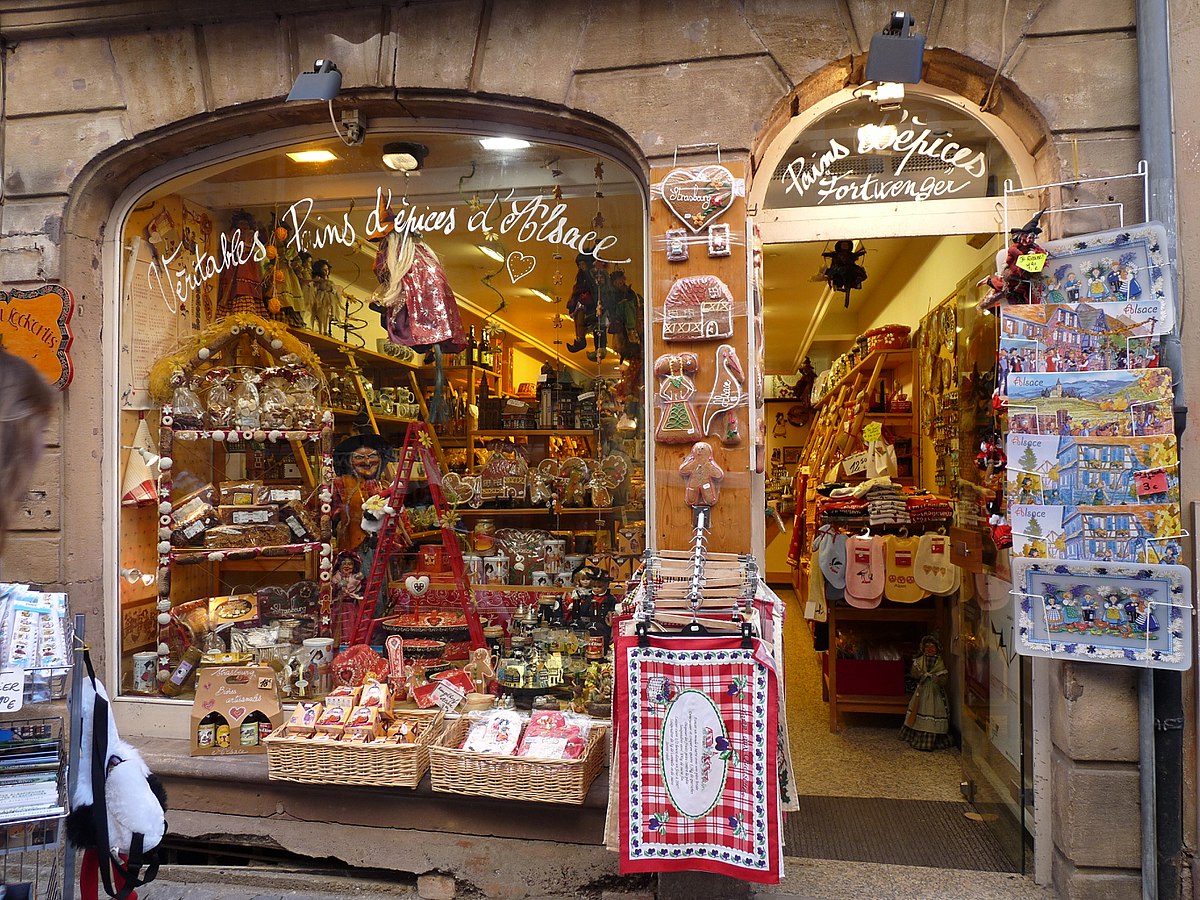 The Christmas celebrations in Amsterdam are city-wide. Famous for its canals and ‘coffee’ shops, the city lights up for Christmas offering everything from shopping, ice skating and hot chocolate. Dam square is home to a large Christmas tree every year, standing at 20 metres high in front of the Royal Palace and decorated with 40,000 LED lights. It truly is a sight to behold. Together with the illuminated Bijenkorf, they form the symbol of all festive activities organised in the month.

The ice skating rink at Museumplein is also a worthwhile attraction. The smoothest ice rink can be found in front of the Rijksmuseum, surrounded by cosy stalls with wintry refreshments. The ice rink is open all until the 3rd February. The streets are decorated with thousands of lights during the Christmas period but the unique element of the city is also lit up during this time - the canals! From the 29th November 2018 - 20th January 2019 the canals will feature more than 35 artworks and installations from national and international artists and help to make the canal cruises just that bit more festive.

If you’re looking for some family friendly Christmas fun, Amsterdam hosts the World Christmas Circus featuring only the best of the circus world, located at the Royal Theatre Carre from the 20th December - 6th January 2019. 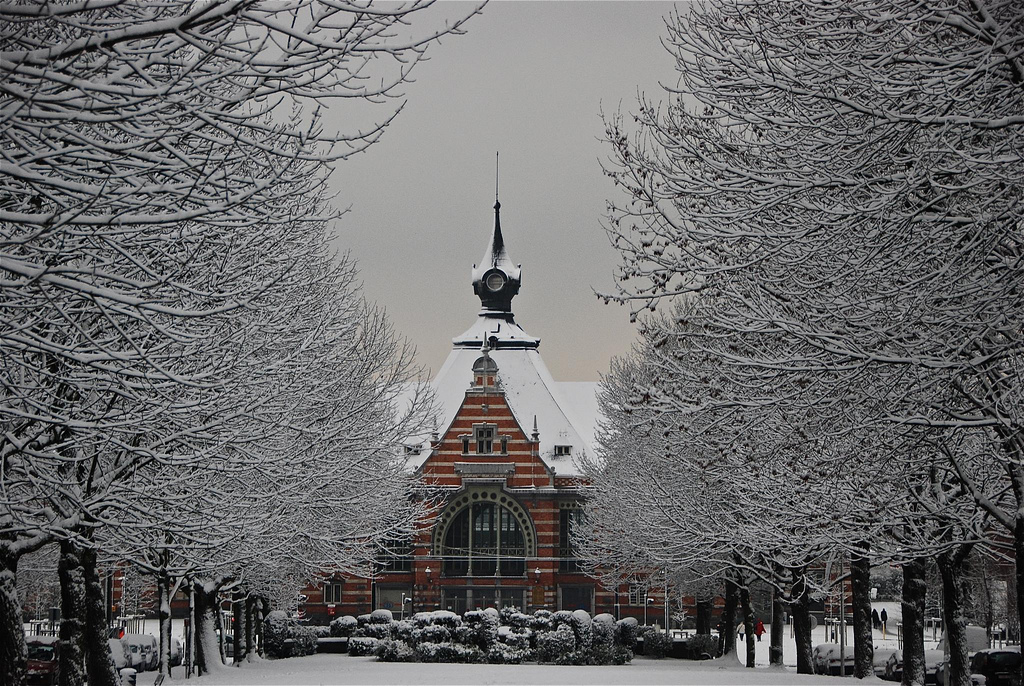 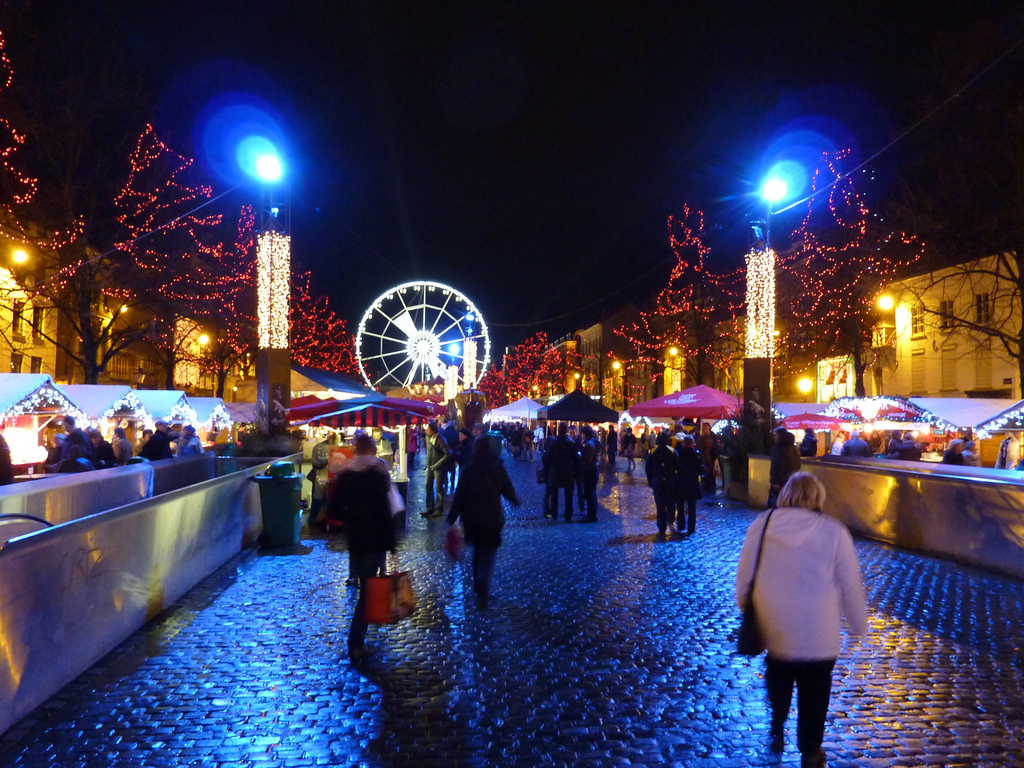 From the 30th November - 6th January the centre of Brussels is unrecognisable. With the Winter Wonders event, the city takes on a new theme every year to celebrate the Christmas period. Located at the Grand-Place and around the Bourse, the Place de la Monnaie, the Place Sainte-Catherine and the Marche aux Possions, it really is a city-wide transformation.

The celebrations feature a Christmas market with more than 200 chalets, fairground attractions such as a ferris wheel and merry-go-round, a covered ice rink at the Place de la Monnaie, a Christmas tree and sound and light show on the Grand-Place, and a ‘Winter Pop’ pop-up village. Located at Square Ambiorix, the Marolles, Nede-Over-Heembeek and Laeken, it providse a range of activities for families from creative workshops and dances to illuminated entertainment and small restaurants.

New to this year's festive celebrations is ‘The Dome’, a structure set up between the Stock Exchange and the Place De Brouckere. Visitors can admire shows and performances with extraordinary visual and sound creations. There are also many other activities such as film screenings, concerts, performances and a special program for children and families. 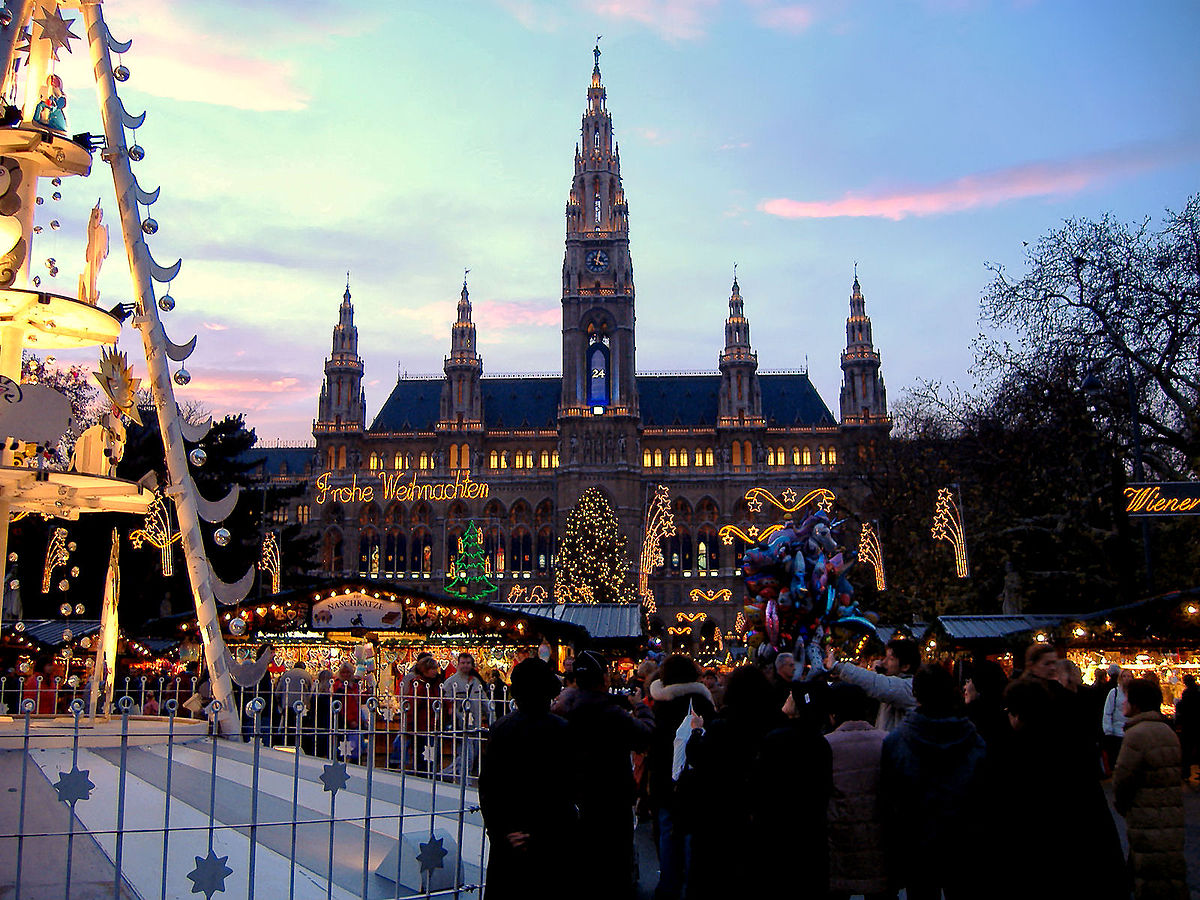 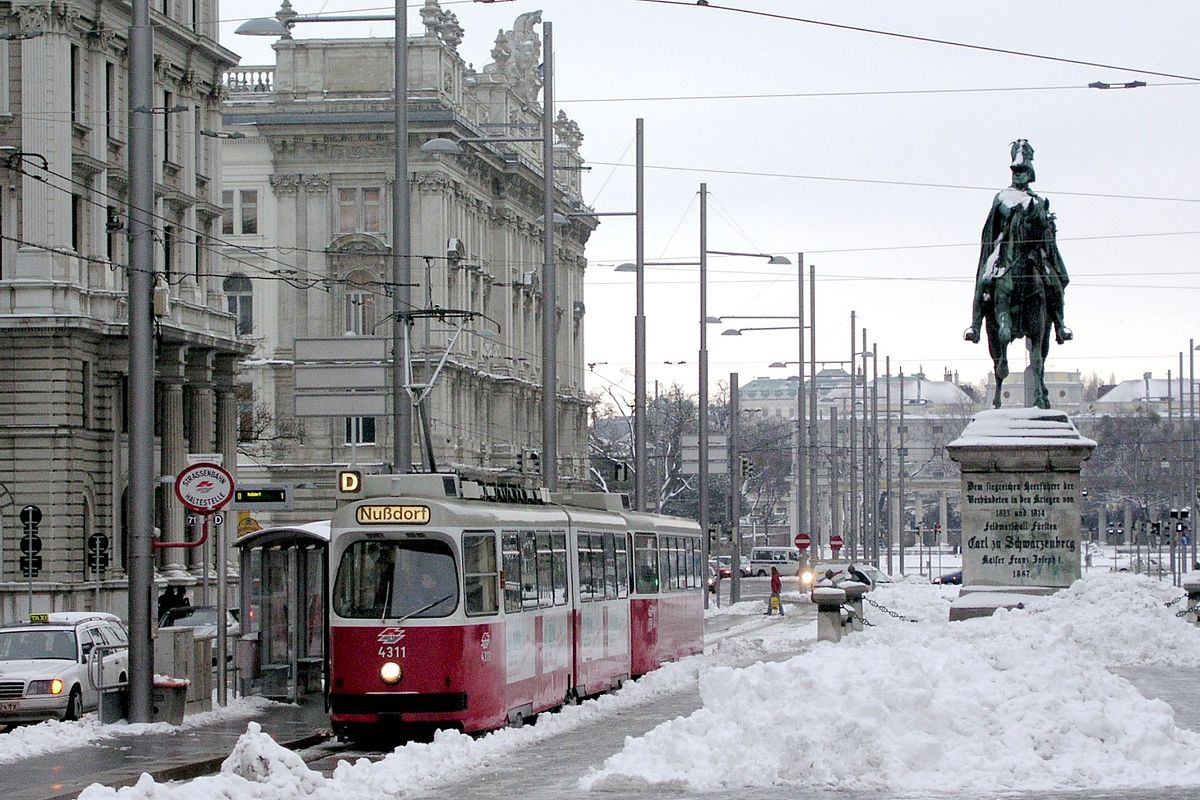 Step into Christmas with the beautiful streets of Vienna. Punch and chestnut stands are available on seemingly every street corner, offering unique seasonal treats and handmade goods. The Christmas markets in Vienna are an age-old tradition, dating back to the Middle Ages. Starting from one December Market in 1298, the festivities have now expanded to over 20 official Advent Markets. The Viennese Dream Christmas market held in front of the City hall is an unforgettable highlight for those eager to get into the spirit of the season.

Inside the City Hall there is an area dedicated to children, where they can learn how to make Christmas cookies or candles. Market stall offerings rival any city’s celebrations, whilst also offering the backdrop of the breathtaking City Hall. Additionally, there are free performances from an international choir. The Christmas village at the Belvedere Palace is also a highlight where you can explore the baroque lifestyle and traditional handicrafts.

Set against one of Vienna’s most beautiful and significant sights, more than 40 festively decorated market stalls offer special culinary delights. The celebrations will be running from 17th November - 26th December giving you plenty of time to experience everything Vienna has to offer this festive season.