For those seasoned couriers and LGV drivers, last weekend's Dover port chaos must have brought back dreaded memories of July 2015 when Operation Stack costed the haulage industry £700,000 per day and the UK economy £250m!

Let’s remind ourselves - last year the issues were a direct result of striking ferry workers from the closing of the Myferrylink ferry service. The sheer volume of migrants trying to board vehicles, P&O & DFDS ferries in Calais and also stowaways on Eurotunnel’s service from Calais caused massive disruption.

In 2015 it was the perfect storm showing the frailties of the Dover – Calais operation. The striking ferry workers prevented the safe and regular turnaround of ships. This in turn pushed volume to Eurotunnel. Neither the ferries or Eurotunnel had the internal road capacity to manage the sheer volume of trucks and cars, so mile upon mile of freight vehicles were pushed outside the port and security of the tunnel operation. This in turn gave the migrants instant and easy access to freight vehicles. When these freight vehicles did get to a ship or train (missions as they are known as) in Calais, check-in was delayed because of the sheer volume of migrants hidden away. Phew!

Thankfully, the UK & French government along with DFDS, P&O Ferries and Eurotunnel have invested over £200m between Calais and Dunkirk, increasing security to ‘military grade’ to keep the operations going. The faster the loading operation in Calais and Dunkirk, the less chance of migrants boarding trucks. 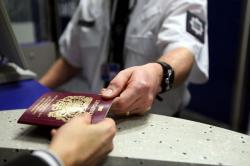 The reason for the absolute misery was a phone call and a French shot across the bow of the UK government!

DFDS, P&O Ferries and Eurotunnel provide forecast figures to the UK & French port and border authorities. With the uncertain times we live in, holiday makers are sticking to mainland Europe in a bid to have a safer holiday. Therefore, this year has been a bumper year breaking all ferry volume records.

The missing phone call was from French border controls 2 weeks ago, asking the ferry operators and Eurotunnel

"Are you sure these numbers are correct?"

This would have ensured the needed measures of manning up to cater for the summer rush would have been in place.

Given the fact we know the French authorities knew well in advance the numbers and (despite our initial gut feeling) the fact the French border guys are professional people, they are highly unlikely to make this type of mistake.

Nobody in the French government rushed to resolve the manning issue instantly. Was this a clear line in the sand intended to send a message to UK Government? It once again highlighted how CRITICAL the UK economy and ferry industry relies upon the free movement of freight, goods and holiday makers through the Dover straights!

At a time when the UK economy is already wobbling from the side effects of a Brexit, a repeat of 2015 “Operation stack” would certainly worsen the situation.

Our customer service team are available to answer any ferry schedule questions you may have. Email the team or call us on 0844 847 9000.