Here at Freightlink, we love a good book. There's just something so satisfying about finding a great pageturner and nothing worse than getting to the end and having that 'now what?' feeling. Not to worry, Freightlink is here to save you from driver boredom with the start of our monthly book club. Here you can find recommendations for great books to read to keep you occupied on longer journeys and keep the boredom at bay! 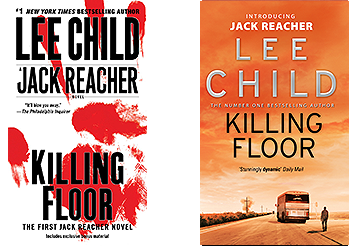 It can be a daunting task to start a long series of books and you're faced with a number of questions; do you have to start at the first book? Which book even is the first one? Which is the best one? Is there a prequel or sub-series that I should read first? A lot of this can come down to opinion which makes it even more confusing!

Thankfully, the Jack Reacher series by Lee Childs is incredibly accessible and easy to drop in and out of and pick and choose where you want to start and what to read next. There are currently 23 books in Lee Child's globally successful Jack Reacher series with a steady addition every couple of years and an accompanying short story collection. Jack Reacher begins as a dangerous, ex-military lone ranger but leads on to become much more. The series follows his many exploits across America and occassionally internationally as he finds himself imbroiled in one sinister plot after another.

The great thing about this series is, as previously said, you can quite easily drop in and out. Of course, there is an over arching story but it's not essential to follow this to enjoy the series. It is also pretty easy reading so after a long day of driving there is no risk of you feeling mentally overwhelmed. The first book, Killing Floor, is generally regarded as one of the best of the series so it's a good bet to start there and see how you get on! This is also an ever expanding series so there is little risk of you running out of material any time soon!

If you like your spy-action-thriller-military novels closer to home then Mark Dawson's 'John Milton' series might be a better bet for you. Not to be confused with the Paradise Lost poet; John Milton, according to the official website, is 'an artisan. A master of killing.' and if that doesn't catch your attention then I don't know what will. He is called on by the British 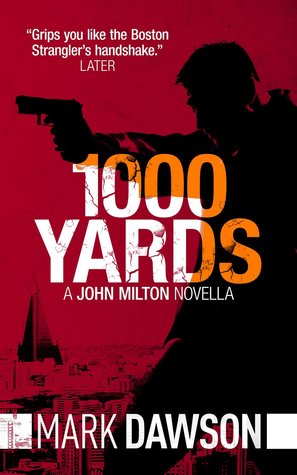 governemnt to eliminate the worst of the worst; the enemies of the state that MI5 and even the military can't stop. However, years of state-sanctioned murder have taken their toll on John and he is troubled with the ghosts of his past, he's looking for a fresh start, but is it possible to put this line of work behind him?

Again, it's best to start with the first novel, called 1000 Yards, to get a good grounding on the character but after that you're free to mix it about! The first book finds our hero in North Korea, armed with nothing but a sniper rifle, bad intentions and a high profile target. Full of secret police and conspiracies, this really is a wild ride for a debut to the series.

This is another great series to get stuck into with a seemingly never-ending supply and plenty to get reading, it's a good bet to get in there and hooked into the world of John Milton.

That's it for this month. Thanks to the Trucknet members for these suggestions; we're sure there is plenty to get stuck into. Keep an eye out for our next post with more recommendations to keep you on the edge of your seat!