We're quite a mixed bunch here at Freightlink with a fantastic team from the UK, Poland, Hungary and many other countries. So, for a bit of fun (and because we like talking about food) we asked the team what they will be eating this Christmas.

Fruit bread containing dried fruit and often covered with powdered sugar or icing sugar. Many other ingredients can be added into the dough to alter the flavour such as: Milk, sugar, butter, salt, rum, eggs, vanilla and marzipan. The bread is typically made with chopped candied fruit and or dried fruit, nuts and spices. 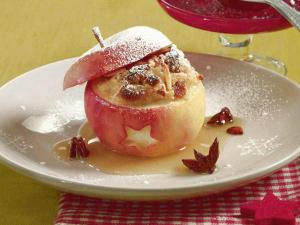 Unpeeled apples placed in the over until the skin bursts and then coated in Sugar and cinnamon. Usually the core is removed and then substituted for a mix of nuts, raisins, jam/marmalade, marzipan and spices such as cinnamon and cloves. Often Bratapfeln are served with Vanilla sauce as an accompaniment.

Roast goose is considered a staple for Christmas day meals. Many legends exist regarding its origins, including a goose warning Marcus Manlius Capitolinus of Rome about an impending attack by ringing the cities bell. A white goose is also the symbol of innocence and purity.

Traditional Romanian Christmas cake similar to Stollen and Panettone, but much better apparently. 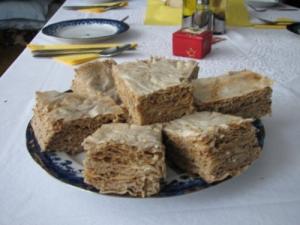 Special pancakes which you dip in flavoured and sweet syrup and then stack as a cake. Each layer is filled with crushed walnuts and honey.

Similar to a terrine but made from pork meat and pork gelatine. 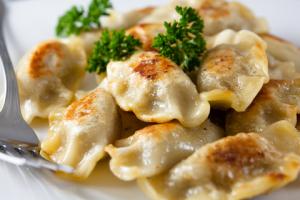 A dried fruit compote consisting of 12 different dried fruits (representing the 12 apostles), served as a "dessert before the main dessert".

At Christmas, these semi circular dumplings are stuffed with cabbage or sauerkraut and dried forest mushrooms such as ceps. Eastern territories have a sweet pierogi stuffed with smoked and dried plums or poppy seeds.

A sour soup with little dumplings stuffed with cabbage and mushrooms. Obligatory on Christmas Eve!

Hunters stew, eaten hot or cold. Made with cabbage, bacon, and sometimes dried plums - saved for Christmas day or the 26th as it has meat in it. 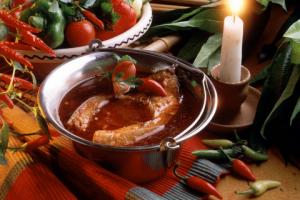 Pastry consisting of sweet yeast bread with a rich, bittersweet poppy seed filling. Also made with a walnut paste.

Fish soup with with vegetables and spices or alternatively Zelňačka (cabbage soup). 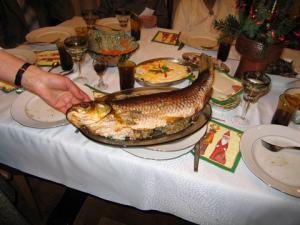 The symbol of a Czech Christmas and part of the festive table. Fried, served with potato salad. Traditionally, you can buy them at the market live and keep them in a tub until it is time to prepare the dinner. It is believed that if you keep one scale from the fish, dry it and keep it in your wallet, you will have enough money for next year.

An amazing braided cake-bread made with raisins and almonds. Usually breakfast on Christmas Eve.

Hungry? We certainly are. Merry Christmas!