Here at Freightlink, we like ships. We also like Halloween. Put the two together and what do they have in common? Ghost Ships. So for a bit of pre Halloween light reading, we take a look at some famous ghost ships. 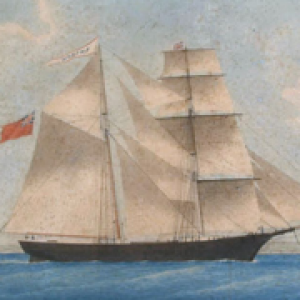 We kick off with probably the most famous ghost ship story of all time, the tale of the Mary Celeste, which was discovered adrift and deserted in the Atlantic Ocean way back in 1872. Many different rumours have surfaced over the years as to what actually happened to her, but truth be told no one really knows.

She had left New York city and was heading for Genoa in Italy before being found by a Canadian crew off the coast of Gibraltar. The last entry in her log was dated ten days earlier and but her lifeboat was missing. The food on board was untouched and the captain and crew’s belongings were undisturbed. Whoever was on board was never to be seen or heard off again.

and even the most absurd theory in which the crew was attacked by a giant squid. I guess we will never know... 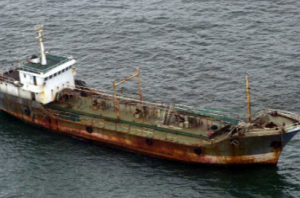 One of the more recent ghost ship stories is that of the Jian Seng, the abandoned tanker that was found by an Australian coastguard plane whilst out on patrol.

On board, the Jian Seng had a vast amount of rice indicating life on board not too recently. However, mechanics concluded that its engines where inoperable and as a result it had been adrift for some time.

As the Jian Seng had been stripped of anything of value, it was concluded that it had perhaps broke loose from being towed to a ship scrap yard. In the end, no one could work out or locate who owned the ship, and it was towed to deep waters and sunk as an artificial reef. 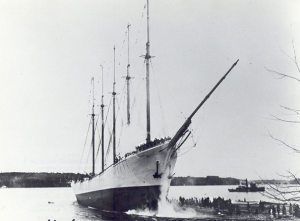 Back in 1921, a ship was spotted floating suspiciously off the eastern coast of North Carolina.

On January 31st the Carroll A.Deering was spotted off the shore. It had last made contact with land over 2 days ago when a Captain of a sister ship responded to a distress call. He describes speaking with a thin man with a foreign accent. He stated that the anchors of the ship had been lost and that the crew were on deck acting very suspiciously.

Due to bad weather, the ship was then unreachable for a few days. When rescue crews finally boarded the ship on the 4th February, it was completely empty.

Although all of the crew’s belongings, the ship’s log, navigation devices and lifeboats were gone, it appeared that a meal was being prepared at the time of the crew’s disappearance. The only sign of life left on the ship were a few cats(?!?)

After almost 100 years, no one still to this day knows what happened to the crew and the mystery remains unsolved. 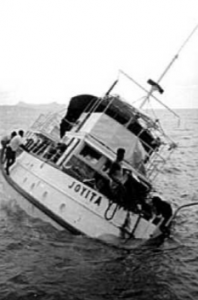 The MV Joyita was a merchant vessel from which 25 passengers and crew mysteriously disappeared in the South Pacific in 1955. It was found floating in the South Pacific without a crew on board. The ship was found in a very poor condition, including pipes which had corroded away and a radio that was only working up to a range of 2 miles due to faulty wiring. Given the way this ship was designed, it had extreme buoyancy and investigators were puzzled as to why the crew did not remain on board and wait for help.

When the ship was found, there was no trace of any of the passengers or crew. Four tons of cargo were also missing.

The recovery party noted that the radio was discovered tuned to 2182 kHz, the international marine radiotelephone distress channel.

Although the Joyita was found with her lower decks flooded, her hull was sound. When she was moored back in harbour at Suva, investigators heard the sound of water entering the vessel. It was found that a pipe in the raw-water circuit of the engine's cooling system had failed due to galvanic corrosion, allowing water into the bilges. The first the crew would have known about the leak was when the water rose above the engine room floorboards, by which time it would have been nearly impossible to locate the leak. Also, the bilge pumps were not fitted with strainers, and had become clogged with debris, meaning that it would have been very difficult to pump the water out. 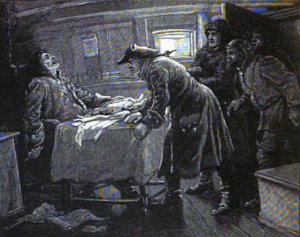 The Octavius is a 3 masted ship that was found west of Greenland on October 11th, 1775. The ship was boarded as a ship-wreck, however the five man party that boarded the ship found the entire crew of 28 below deck sadly frozen to death. They were almost perfectly preserved.

The party that found the crew reported that the captain was still at the table in his cabin, sat with a pen in his hand and the captains log in front of him. The boarding party decided to complete the captains log. The last entry in the log was from November 11th 1762, meaning that the ship had been lost in the Arctic for 13 years. As the log was frozen, it slipped from the binding leaving only the first and the last few pages in. 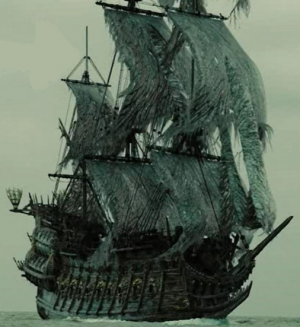 Legend has it that in the early 17th century a ship was seen in the distance glowing in ghostly light. The legend states that the ship is never allowed to dock in port. Whispers remained rife for many years that if another ship crossed paths with the flying Dutchman, then the ghostly crew would try to send messages to the living, to pull them on board and remain as ghostly crew members forever. Spooky!