One of the most promising methods of transport currently under development in the haulier & logistics industries is Truck Platooning, with investment from DAF Trucks, Iveco, Scania & Volvo Trucks to name a few.

What is Truck Platooning?

Truck Platooning consists of several trucks equipped with advanced driving support systems driving close together in a convoy or 'platoon'.

The benefits of such a transport method include

The benefits of truck platooning also go beyond the transport sector. Self drive vehicles and smart technologies also have the potential to optimise the other industries which utilise vehicles.

The aim of the challenge was to 'learn by doing' with road and vehicle safety, fuel efficiency and environmental/social aspects being the key focus. The challenge also aimed to support the roll out of Intelligent Transport Systems (ITS) to enable smarter road networks and remove the barriers that currently hamper the road transport market.

As is usually the case, legislation was one of the main hurdles. This included ensuring that all participating countries would allow the semi automated trucks to drive on their roads. The main legislative issues were 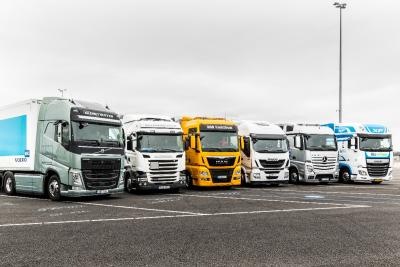 The drivers involved in the challenge consisted of ordinary truck drivers and manufacturer test drivers. All were familiar with driver support systems and had experience with truck platooning. Most of the drivers said the main difference between driving as a platoon compared to a single truck was the awareness that they were part of a single unit and the effects this had on the surrounding traffic. This led to a mixture of comments including problems with other road users cutting into the platoon and drivers decoupling from the platoon, even if not required.

Overall, the challenge was a success. The benefits of truck platooning were clearly demonstrated and the risks identified. The next steps will include broadening the activities in deploying truck platooning across the continent. Unfortunately there are currently no plans for a UK test due to practicality and costs issues.