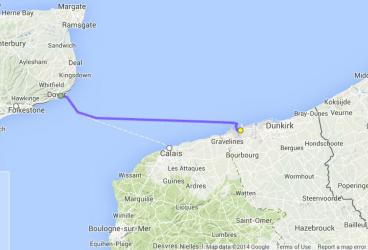 There are a number of direct ferry routes to get to the Netherlands, but the most popular way to travel there is via France on the Dover to Dunkirk route.

With Dover to Dunkirk crossings running every two hours and taking just 1 hour 45 minutes this is a great option for vans to travel to Holland. Tickets on the Dover-Dunkirk route are open, making this a fantastic flexible option.

Travelling via Dunkirk (also referred to as 'Dunkerque') rather than Calais is the best option as it is around 27km closer when travelling up north via Belgium. For couriers with express deliveries to the Netherlands, Dunkirk is the best option. 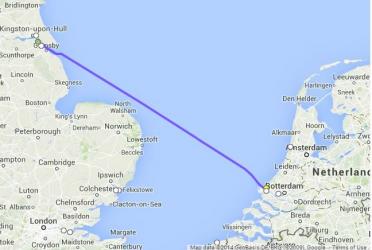 There are a number of direct ferry routes to the Netherlands which are great options for vans, rigids and artics which mean you don’t have to travel to Dover and will end up directly in Holland. Stena Line offer services from Killingholme (near Grimsby) and Harwich to Hoek van Holland, near Rotterdam. The Killingholme service sails once a day and is dedicated to freight vehicles allowing for a relaxing journey on board. Catching a ferry from Killingholme is also a popular option for those based in the North West of England, Yorkshire and Lincolnshire. 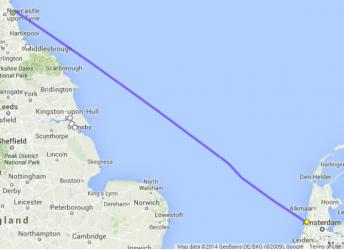 For artics and trailers that wish to get to the Netherlands the no-frills freight services are very popular and often the cheapest way.

Designed to only take 12 drivers these ferries offer only a basic on-board service but are popular with artic drivers. They are also specially designed for unaccompanied trailers. Examples of such ferries are Killingholme and Purfleet to Rotterdam with Cobelfret and Felixstowe to Rotterdam Vlaardingen with DFDS. Dedicated freight ferries are often the most cost-effective way for artics to travel to Holland.