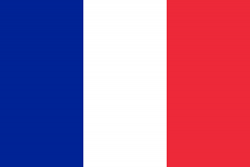 France is the largest of the countries in the E.U. and has a population of circa 66 million, of which 12 million inhabit its capital city of Paris.

Bordering eight other European countries namely Spain, Germany, Belgium, Luxembourg, Switzerland, Italy, Andorra and the principality of Monaco, France is a transit country for many a destination. As a result the English Channel, which is as little as 20.6 miles wide, is the world’s busiest seaway and the gateway to Europe for courier van operators, lorry and truck drivers.

Getting to France by ferry is easy with a variety of services on offer. In addition to the popular and most known UK – France route, Dover to Calais, operated by three operators (DFDS, P&O and My Ferry Link) France is also served by routes between Dover and Dunkerque (DFDS), Newhaven and Dieppe, Portsmouth and Le Havre (LD Lines), Portsmouth and Caen/St. Malo, Poole and Cherbourg, Plymouth and Roscoff (Brittany Ferries). Should a faster transit be required then there is the tunnel service between Folkestone and Calais offered by Eurotunnel. In addition to the English Channel routes France is also linked by ferry services to Ireland, the Channel Islands, Corsica, Spain, Sardinia and Tunisia.

When driving in France couriers, van operators, lorry and truck drivers need to be aware that you should carry the following: a full passport, appropriate driving licence, and a letter of authority to drive the vehicle form the registered owner. This letter should contain an explanation of the relationship between the undertaking, driver and member state of residence. E.U. driver’s hours and record regulations apply and a letter of attestation issued by the company indicating in the language of whatever countries the driver is transiting through contact details of where past tachograph records can be obtained. Drivers should also be aware that it is a legal requirement to carry the following: reflective jackets for all people in the vehicle, warning triangle, spare bulb kit, breathalyzer test kit. The use of snow chains is compulsory in compliance with any road sign – ‘Equipments Speciaux Obligatories’. If a driver is on prescribed medication they should also carry with them a copy of the prescription or detail of the medications composition. The use of mobile phones, unless in hands free mode, is illegal.

Couriers, van operators, lorry and truck drivers are also advised to take up green card insurance and carry original vehicle documentation. If it is a hire vehicle the VE103 on hire document is required in addition to the rental company paperwork. The green own account document must be carried if the vehicle is being used for own account distribution.

A number of toll operational motorways exist from the ports and across the road network in France. A full list of the applicable roads and charges applied can be found at www.autoroutes.fr. Tariff charges are also applied to the usage of the Mont Blanc Tunnel – www.tunnelmb.com and the Frejus Tunnel – www.tunneldufrejus.com. On board electronic toll tags are available from numerous road toll providers which remove the necessity to stop at the peage stations. Lorry and truck operators over 3.5t should be aware that, even though currently delayed, at some point in 2014 a French ‘ECO TAX’ covering 15,000km will be introduced. All vehicles will have to be fitted with a compatible on board unit (OBU). Some existing toll tags will be adaptable but otherwise ECO TAX OBUs will be available from in excess of 400 outlets in France. Couriers will not be subject to the ECO TAX as they will not be in excess of the 3.5t.

In respect of vehicle dimensions there are no height restrictions in France although if a vehicle exceeds 4m in height suitable routing is required as is the acceptance of any damage liability including that of bridge damage. Heights in excess of 4.3m are uncommon and the anything in excess of 4.3m is not accepted through the Frejus Tunnel .From 2014 a six axle configuration for new vehicles will be required to carry 44t. 44t is allowed on road friendly suspension otherwise the limit is 40t. Any operator exceeding the above and or 2.5m wide must consult with the Departmente Directorate of Equipment.

ADR rules apply across France and further restrictions are in force for transit through the Alpine Tunnel – separate declaration, 60 km/h speed limit and a 200m security distance between vehicles. More detailed information can be obtained from the Mission des Transports des matieres dangereuses Tel. 00 33 1 408 11738.

LGV and HGVs are restricted from travelling in France between 2200 Saturday and 2200 hours on a Sunday and also on Public Holidays in France which are January 1st, Easter Monday, May 1st, 8th 9th and 20th, Bastille Day- 14th July, 15th August, 1st and 11th November and Christmas Day December 25th. Further weekend restrictions between 0700-1900 hours Saturday and 0000 hours and 2200 hours on Sunday are applied between mid -July and mid -August. Restrictions between midday Saturday and midnight on a Sunday are applicable to vehicles carrying ADR. It is also common place during times of thaw in France for roads to be closed at very short notice. Radio announcements and the erection of road closure signs require the drivers of vehicle in excess of 6t to stop immediately.

Speed limits vary in France depending on the type of road and size of vehicle. As a general rule the drivers of courier vans under 3.5t are subject to limits of 50km/h in towns, 90km/h on open roads (80km/h in wet conditions), 110 km/h on dual carriageways (100km/h when wet) and 130km/h on motorways (110km/h when wet). Vehicles between 3.5t and 12t have restrictions of 50km/h in towns, 80km/h on open roads and 90km/h on both dual carriageways and motorways. For truck drivers in excess of 12t the speed limit on open roads is further reduced to 60km/h and limited to 80km/h. These limits are strictly applied and radar traps are frequent. It is also worth noting that in France that radar speed camera detectors (including those on Sat Nav systems) are illegal. Speed offenders face on the spot fines and exceeding the set limits by more than 25km/h can result in immediate license confiscation.

Should there be a requirement to contact the emergency services dial:

Further detail on the above can be obtained from: