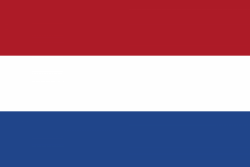 Netherlands translates in English as ‘lowland’ or ‘low countries’ and perfectly describes the geographical make- up of the Netherlands with around 20% of its land below sea level and 50% being less than one metre above sea level.

Book a Ferry to the Netherlands

With Amsterdam its capital and a population of circa 17 million people the Netherlands shares land borders with both Belgium and Germany and also borders the North Sea across which a number of ferry services operate. A founder member of The E.U. the Netherlands also joined the euro currency from its inception.

Ferry Operators to the Netherlands

Stena Line provides ferry services from Harwich (U.K.) to both Rotterdam and the Hoek of Holland as well as a service from the Humber port of Killingholme (U.K.) to the Hoek of Holland. DFDS Seaways sail from Newcastle (U.K.) to Ijmuiden, Immingham to Vlardingham ( Rotterdam) and Felixstowe to Vlardingham. A route between Hull (U.K.) and Rotterdam is offered by P&O Ferries while Cobelfret sail from Rotterdam to the U.K. ports of Purfleet and Killingholme.

Couriers, van operators, lorry and truck drivers should carry a full passport, appropriate national driving licence, a letter of authority to drive the vehicle from the registered owner and as the Netherlands is in the E.U. drivers should be fully aware that the E.U. driver hours, records and rules apply. If tachograph records are incomplete then a letter of attestation is required. Whilst not obligatory, green card insurance is highly recommended. Original vehicle registration documents should be with the vehicle and a nationality plate affixed to the rear.

Unlike numerous European countries the Netherlands does not have motorway road tolls. Instead they operate the ‘Eurovignette’ system whereby vehicles over 12t that are used for the movement of freight pay a fee depending upon the amount of time the vehicle is in the country. Eurovignettes are also valid on E roads in Belgium, Luxembourg, Sweden and Denmark where the same payment system applies. In 2008 the paper style Eurovignettes were replaced by electronic means and are payable either via fuel card agents or by way of cash or credit cards at machines which are located in various petrol and service station areas. The most common and practical way to purchase however is on line at: www.eurovignettes.eu/portal/

It is anticipated that before the end of 2016 a new road payment system based on distances travelled rather than time in the country will be introduced. It is anticipated that these will be GPS enabled devices. Whilst tolls are not applied to roads some tunnels carry toll charges and are payable by toll tag, fuel cards or cash/credit cards.

All vehicles travelling through the Netherlands are restricted to a maximum height of 4m and width of 2.55m ( 2.6m if a refrigerated unit) In terms of length restrictions rigids, lorries are to be a maximum of 12m, articulated vehicles 16.5m and road trains 18.75m. As regards weight limits the following apply: lorries (2 axles 21.5t, 3 axle33t, 4 axle43t), trailers- (2 axle, 20t, 3 axle 30t), articulated vehicles (3 axle 31.5t, 4 axle 41.5t and 5/6 axle a maximum of 50t). The same weight limits apply to road trains of 4 and 5/6 axles. The Netherlands is the only E.U. state where, under condition, the 50t limit is permissible. Anything outside of these dimensions requires authorisation from:

Restrictions on the movement of abnormal loads are enforced during rush hour periods, weekends and under certain weather conditions.

Couriers, van operators, lorry and truck drivers should make themselves aware of the speed limits and ramifications of all traffic offences that are in force in the Netherlands as the fines associated to traffic offences can be substantial. Couriers and van drivers up to 3.5t gvw are limited to 100/130 km/h on motorways, 80/100 km/h on open roads and 50km/h in built up areas. All vehicles above 3.5t gvw are restricted to 50 km/h in built up areas and 80km/h on open roads and motorways. Some local councils reduce this 80 km/h limit by a further 10 km/h to 70 km/h. It should also be noted that whilst driving in residential areas the limit is reduced to 30 km/h. Speeding fines can be excessive and driving at more than 50 km/h above the set limit will result in immediate confiscation of your driving licence. Fines for traffic offences range from €40 for not wearing a seat belt and €288 for not being in possession of your insurance certificate to as much as €4400 for failing to keep tachograph records. All fines are payable in cash, on the spot. Also be aware that mobile phone use is only permitted in hands free mode.

In the Netherlands there are no restrictions in place on Sundays or Public Holidays although numerous towns are designated low emission zones and drivers must be able to provide proof of the vehicle emissions rating. Low emission zones are indicated as ‘milieu zone’. Further information on ‘milieu zones’ is available from www.urbanaccessregulations.eu

Drivers of all vehicles types, vans, lorries and trucks need to ensure that seat belts are worn at all times, headlight converters are fitted and a warning triangle is carried. High visibility vests, first aid kits and fire extinguishers are not compulsory but advisable. Snow chains and winter tyres are neither compulsory nor forbidden. In the event of any vehicle breakdown the police may insist that the vehicle is towed away. If this occurs the driver will be liable for the payment to the tow truck company at the time of occurrence.

In the event of emergency all the emergency services, police, fire and ambulance can be reached by dialling 112.

For further advice the following bodies may be of assistance: