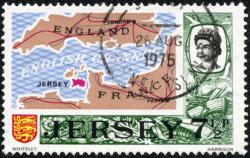 Book a Ferry to the Channel Islands

These territories are separately administered with their own independence, laws, elections and representative bodies governed from their respective capitals of St. Helier (Jersey) and St. Peter Port (Guernsey). The whole archipelago covers approximately 75 square miles and has a population of circa 165,000.

The Isle of Man, with Douglas as its capital, is situated in the Irish Sea and is also self-governing although its foreign relations and defence remain the responsibility of the British Government. Most famous for the annual TT motorcycle event the island covers 221 square miles with a population of around 85,000.

Being islands, all 3 crown dependencies are reliant on ferry services to and from the mainland. The Isle of Man is served by the Isle of Man Steam Packet Company which prides itself in being the World’s oldest continuously operating passenger shipping company. Based on the island in Douglas they sail between Heysham and Liverpool in England, Belfast in Northern Ireland and Dublin in the Republic of Ireland. Services from Liverpool, Belfast and Dublin are a fast craft service and not suitable for all freight vehicles.

Ferry services to the Channel Islands are operated by Condor Ferries and serve the islands from Poole and Portsmouth in the UK and St. Malo in France. It should be noted that the Poole service is operated by catamaran and therefore not suitable for trucks and lorries but couriers and van operators are accepted up to 3.1m in height, 6.5m in length and up to 3.5 tonnes in weight.

Jersey, Guernsey and the Isle of Man all issue their own currency in the way that Scotland and Northern Ireland do and therefore trades and exchanges on a par with GBP sterling which is also accepted and used on all three islands. Such notes are not legal tender in the UK but they are legal currency and therefore individual traders have the right to choose whether to accept them or not. It is, therefore, advisable to spend any such currency whilst on the islands themselves.

On arrival in Jersey, couriers, van operators, lorry and truck drivers should be aware that they must have with them a completed consignment note for any freight they are carrying. A general sales tax, G.S.T., is payable on arrival in Jersey and amounts to circa £8.60 per tonne.

Couriers, van operators, lorry and truck drivers should be aware that weights and dimensions limits are more restrictive than in the U.K. In Guernsey there is a width restriction of 2.31m and whilst there is no specified height restriction it should not generally be greater than 3.65m. Rigid vehicles are restricted to 9.45m in length and articulated vehicles restricted to 10.67m. Regarding weight regulations, 2 axle vehicles have an upper limit of 18t, 3 axles – 24t, 4 or more axles – 28t (with a maximum of 9t per axle). Slight differences are in force on Jersey with a slightly narrower width restriction of 2.3m. Weight restrictions are the same as on Guernsey and lengths are restricted to 11m for articulated vehicles, 9.3m for rigids and 6.7m for draw bar trailers. A maximum weight restriction of 32t with a 10.5t maximum axle weight applied.

Anything in excess of the above dimensions and or weight limits wishing to travel on the Channel Islands must seek the required permissions from:

On Jersey a P30 permit (fees are payable) must be obtained from:

On Guernsey vehicles over 2t unladen weight are restricted to 25mph. on all roads. This 25mph limit is also applied to all vehicles in towns and 35 mph out of town. On Jersey there are four speed zones, 40mph, 30mph, 20mph and 15mph which must be adhered to. Drivers of vans, lorries and trucks in excess of 3.5tonne gross vehicle weight are restricted to 30mph in a 40mph zone. It is also worth noting that it is an offence to even hold a mobile phone in any way whilst driving in Jersey.

The Isla of Man public road and use thereof is covered by the Motor Vehicles (Construction and Use) Regulations 1979. A number of roads carry weight restrictions and if one axle exceeds 10.17t then permits are required from:

On the Isle of Man the maximum permissible dimensions are 2.55m wide (2.3m if it’s a road train), 4.75m high, lengths of 16.5m for articulated vehicles, 18.75m for road trains and 12m for rigid vehicle. Rigid vehicles are restricted to 17t for 2 axles, 25t for 3 axles and 31t for 4 or more axles. Articulated vehicles are restricted at 32.520t (4 or more axles) across the island. 38t is allowed on some routes on 5 or more axles, as is 44t if on 6 axles with air suspension and anti-lock brakes. The size of the vehicle determines the allowable speed limits on the Isle of Man. This is 60mph for vehicles up to 3.5t, 3.5t to 7.5t have a limit of 50mph and vehicles in excess of 7.5t and or towing a trailer the limit is further reduced to 40mph. If a lower limit is in operation then it must be adhered to irrespective of the vehicle weight. Couriers, van operators, lorry and truck drivers should be aware that any goods vehicle must carry notice in the cab relating to the maximum permitted speed. Drivers hours and tachograph legislation also applies.