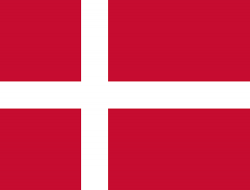 Denmark with Copenhagen as its capital is the most southerly of the Scandinavian countries. Covering an area of 43,000 square kilometres the peninsular of Jutland and 443 islands, of which circa 70 are inhabited form the Kingdom of Denmark. Whilst sharing only one land border – with Germany Denmark is also connected to Sweden by the Oresund Bridge which opened in 1999.

Numerous ferry services also connect Denmark with Sweden, Norway, Germany and the United Kingdom. Colorline run services between Norway and Denmark on routes between Kristiansand (Norway) and the Danish ports of Hirtshals and Larvick. Frequent crossings to and from Germany are operated by Scandlines on routes between Rodby and Puttgarden , Helsingor to Helsinborg and from Gedser to Rostock. Stena line run services from Frederickshaven to Oslo in Norway and Gothenburg in Sweden as well as a service from the Danish port of Grenaa and Varberg in Sweden. Fjordline offer a service from the Norwegian ports of Bergen, Stavanger and Langesund into the port of Hirtshals. DFDS are the only operator to offer direct ferry service to the UK and that run from Esbjerg to Immingham. DFDS also run a ferry route from Copenhagen into Oslo, Norway.

Whilst Denmark has been a member of the European Union since 1973 it still retains its own national currency – the Danish Krone.

Freight drivers in general i.e. couriers, van operators, lorry and truck drivers are required to carry a full passport, appropriate national driving licence, driving hour’s records and a letter of authority to drive. Green card insurance is necessary and original documentation must be carried along with a certified copy of the operating company’s community authorisation which is supplied with standard international operating licences. Nationality plates must also be fixed to the back of the vehicle.

In Denmark they operate the ‘Eurovignette’ system whereby lorries and trucks over 12t that are used for the movement of freight pay a fee depending upon the amount of time the vehicle is in the country. Eurovignettes are also valid on E roads in Belgium, Luxembourg, the Netherlands and Sweden where the same payment system applies. In 2008 the paper style Eurovignettes were replaced by electronic means and are payable either via fuel card agents or by way of cash or credit cards at machines which are located in various petrol and service station areas. The most common and practical way to purchase however is on line at: eurovignette.eu/portal

Charges are also applied by the way of tolls to cross the Oresund Bridge which connects Copenhagen (Denmark) and Malmo (Sweden) and the Great Belt Bridge which connects the island of Zealand, where Copenhagen is situated, and Funen (Odense being the main city). Further details on the above bridges and charges that are applicable can be found at: uk.oresundbron.com and storebaelt.dk/english.

Vehicles exceeding any of the above require authorisation and a special permit which is obtainable from:

Authorisation may also be required from the Danish police who have a dedicated department for such and they are contactable at:

Abnormal loads looking to use the bridges must give at least two hours’ notice prior to arrival on the following numbers:

Denmark is also party to the ADR agreement in respect of the carriage of dangerous goods and such goods can be carried across the Oresund Bridge although travel times are restricted. Further details are available at: oeresund-bridge.com

Couriers, van operators lorry and truck drivers should note that whilst driving in Denmark a spare set of bulbs and a warning triangle are a legal requirement. Seat belts, headlight converters, driving with dipped headlights at all times are compulsory. Whilst not compulsory it is advisable to also carry in the vehicle a first aid kit, fire extinguisher and a high visibility vest. Mobile phones must only be used in hands free mode and tyre depths of 1.6mm on vehicles up to 3.5 tonnes and 1.0mm over 3.5 tonnes are applied.

Denmark has strict drink driving laws only allowing 0.25 milligrams of alcohol per millilitre of blood (by way of comparison the UK limit is 0.8 milligrams).

The Danish authorities operate both on the spot fines and a penalty points system which is also applied to foreign drivers. The cost of fines can vary depending on the seriousness of the offence. Vehicle infringements, speeding and driving hours misdemeanours all carry fineable punishment and can be as high as 7000 DK.

There are no driving restrictions in Denmark on Sundays or on public holidays however some restrictions apply to vehicles in excess of 18t in and around Copenhagen city limits and vehicles over 3.5 tonnes cannot use some pedestrianized areas. Exemptions can be requested in special circumstances by contacting the Copenhagen Police Department on Tel: 00 45 33 14 14 48. Certain motorway sections have overtaking restrictions Monday to Friday between 0600 and 1800 hours. A number of low emission zones are in place in Denmark in and around the cities of Copenhagen, Fredericksberg, Aalborg, Aarhus and Odense and applies to vehicles in excess of 3.5t. Further and regularly updated information and assistance can be found at the following:

In the event of any emergency the police, fire and ambulance services can be contacted on 112.

Other useful information and advice on driving in Denmark can be found at: