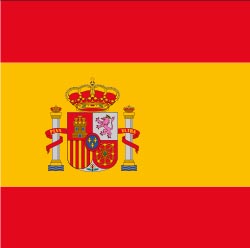 Spain shares its borders with France, Gibraltar and the principality of Andorra as well as its Iberian Peninsula neighbour, Portugal, with whom they share the longest uninterrupted border within the EU measuring 754 miles.

With Madrid as its capital city and a population of circa 46 million Spain joined the EU in 1986 and is a member of the Eurozone. Spanish territories include the off shore Balearic Islands of Majorca, Ibiza, Menorca and Formentera in the Mediterranean and the 13 islands that make up the archipelago known as the Canary Islands with Tenerife, Fuerteventura, Lanzarote and Gran Canaria being the four largest.

Book a Ferry to Spain

Mainland Spain and its island communities are served by numerous ferry operators. Ferries from The United Kingdom to Northern Spain are operated by Brittany Ferries who sail from Portsmouth to Bilbao and Santander and also between Plymouth and Santander. DFDS LD Lines also sail from Poole in the UK to both Santander and Gijon in addition to services between Gijon and Rosslare in Ireland and Saint-Nazaire in France. Grimaldi Lines provide crossings between Spain and Italy and the Island of Sardinia and the Spanish operators Balearia and Acciona Trasmediterranea provide a number of ferry options between mainland Spain and the Balearics, Canaries and the North coast of Africa.

For couriers, van operator, lorry and truck drivers there are a number of vehicle requirements that should be adhered to whilst driving in Spain. Green card insurance, original vehicle registration documents or appropriate rental/leasing agreements, MOT/test certificates must be carried and nationality stickers and variable speed stickers must be displayed on the rear of the vehicle. As insurance company bail bonds are not common practice these days a 24/7 helpline from your insurance provider is required in the event of an accident. As Spain is an EU state permits are not required but a certified copy of the company’s community authorisation (International Operators Licence) must be carried with the vehicle.

A number of roads throughout Spain are subject to tolls which vary depending on the number of axles a vehicle has. More detailed information on toll roads and discount schemes for the A2, A7, A17 and A19 is available from:

All vehicles travelling in Spain are restricted to 4.0m in height and 2.55m in width (2.6m for refrigerated vehicles). In relation to length limitations rigid motor vehicles cannot exceed 12m, articulated vehicles 16.5m and road trains 18.75m. Weight restrictions are dependent on the number and or type of axles on a vehicle. Rigid vehicles with 2 axles are limited to 18t, and 3 axles to 25t. Should the drive axle be twin wheeled with pneumatic suspension then these limits increase to 26t and 31t respectively. Articulated vehicles on 3 axles have an upper weight limit of 28t, 4 axles 36t (38t if the drive axle is twin wheeled with pneumatic suspension) and 5/6 axles 40t. Road trains must adhere to the same weight restrictions as articulated vehicles at 4 and 5/6 axles.

Any vehicles operating outside these dimensions need to seek permissions from:

Any vehicle wishing to move a load that is over 3m wide will require additional permissions from the above including escorts and movement permits.

The movement of freight goods in vehicles over 7.5t is restricted throughout Spain on a number of roads on Sundays and Public Holidays – 1st January, 6th and 7th January, Maundy Thursday and Good Friday, May 1st Labour Day, 15th August Assumption, National Day on the 12th October, All Saints Day 1st November and the 6th, 8th and 25th December. Vehicles carrying perishable freight are exempt from these restrictions. Spain is party to the ADR agreement for the carriage of dangerous goods and it should be noted that the movement of such is not permitted on Sundays, on Public Holidays between 08.00 – 24.00 and also between 13.00 – 24.00 on the eve of Public Holidays.

Familiarity with Spanish driving restrictions is essential for all couriers, van operators, lorry and truck drivers as in addition to the national Public Holidays a further 22 days in the calendar year can be affected by differing regional holidays which also carry movement restrictions. Fines for non-compliance can be expensive as can general breaches of transport regulations as fines in Spain are severe. These range from €91 for the use of a non-hands free mobile phone whilst driving to €300 for failing to produce requested documentation and up to €4600 for tachograph infringements. These fines are on the spot fines and may not be the final amount as that is determined at a later court hearing.

Couriers, van operators, lorry and truck drivers must also ensure that they have the following when driving in Spain: two reflective jackets bearing two reflective strips, one warning triangle, head lamp converters, spare bulb kit, first aid kit spare pair of prescription glasses or contact lenses if applicable and if the vehicle is over 20000gvw two 9kg dry powder fire extinguishers must be carried. Whilst fuelling up drivers should also ensure that not only the engine but any electrical equipment including radios and mobile phones must be switched off. It is also illegal to park facing oncoming traffic.

Speed limits vary in Spain depending on the nature of the road and the size of vehicle. Couriers and van drivers under 3.5t gvw must not exceed 120 km/h on motorways, 90-100 km/h on open roads and dual carriageways and 50km/h in towns and built up areas. Lorries and articulated trucks are limited to 50km/h in towns, 70/80 km/h on all purpose roads and expressways and 90 km/h on motorways. Road trains are further restricted on motorways to a maximum of 80 km/h. During times of poor visibility due to fog or rain than the maximum speed on all roads is 50 km/h. If you are transporting ADR then all limits are further reduced by 10 km/h.

In case of emergency then dial 112 for the police, fire or ambulance services and dial 062 for the Guarda Civil.

Travellers in Spain are encouraged to be extra vigilant due to the terrorist threat level, bogus police officials, highway pirates and stowaways from Africa seeking passage. It is advisable to be wary of anyone pointing out vehicle defects and if you are stopped and are in doubt of the legitimacy of any Police of Guard Civil keep your vehicle doors locked and call 062 or 112 and seek verification of the identification of the vehicle that has stopped you.

For further guidelines and advice the following may be of use: