Are We Looking At a Hydrogen Powered Ferry Future?

A ferry powered by hydrogen fuel that has been manufactured by community-owned wind turbines has been proposed for Scotland's west coast.

A Scottish government backed project is looking at the feasibility of manufacturing hydrogen at the Beinn Ghrideag Wind Farm on the Isle of Lewis. The hydrogen will then be used on a ship adapted to use hydrogen fuel. 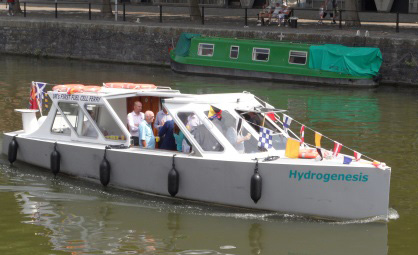 Although hydrogen has been used for smaller river and coastal vessels, it has not been successfully used in anything larger used on the seas.

"We have a simple yet bold vision which is to harness the huge potential of community-owned wind power on the Scottish islands to power the lifeline ferry services by utilising the very latest in hydrogen energy technology.

Turning that vision into reality will be a world first and requires the very best expertise in both energy and shipping technology.

That is why I am delighted that the Scottish Government has agreed to fund the initial feasibility study to map out the technical, commercial and regulatory challenges to overcome.

We hope to produce this first report by the summer and, if it indicates that vision is feasible and practical, we can then move onto the development phase with a view to having a ferry operational in the early 2020s."

Do you think we're looking at a hydrogen powered future for ferries? Let us know