Ferries of the Baltic Sea

The Baltic states are a group of sovereign countries in Northern Europe on the eastern coast of the Baltic Sea.

The Baltic Sea has around 200 large rivers draining into it, making it the world’s largest area of brackish water (water that has more salt than freshwater, but not as much as seawater).

Due to the Baltics lack of circulation, it is vulnerable to pollution and for almost thirty years it has been monitored and protected by a marine environment body, The Helsinki Commission ‘Helcom’.

Ferry Operators on the Baltic Sea

We only partner with the best ferries companies to offer our customers the most reliable routes available.

Bornholmer Faergen – Founded in Denmark in 1866, Bornholmer Faergen has been a prominent feature of the Baltic waters for as long as anyone can remember. Its routes connect the island of Bornholm to Denmark, Sweden and Germany. Whilst they only have three ships within their fleet, Bornholmer offers seventy sailings a week. 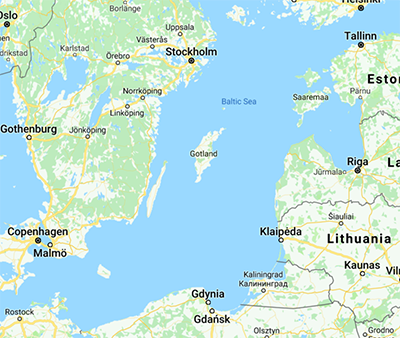 Color Line – Founded in 1980, Color Line is the largest ferry line operating routes to and from Norway, along with being one of the leading operators in Europe. Based in Oslo, the line offers both a freight and passenger service and employs 3,500 people in four countries.

Eckero Line – A Finnish shipping company, Eckero operates between Helsinki, Finland and Tallinn, Estonia. The company’s vessel the Finlandia entered service in 2012 and has been meeting the region’s needs ever since.

Polferries – Poland’s largest ferry operator, Polferries was established in the late 1970’s as a state-owned shipping company. Running routes across the Baltic between Poland and Scandinavia, the company is equipped with five ships which carry thousands of travellers and their vehicles across the waters each year.

Scandlines – Along with offering three separate routes across the Baltic Sea for both passengers and cargo, Scandlines are one of the leading companies in sustainability with six of their eight ships being hybrids. The company also owns the world’s two largest hybrid ferries, the M/V Berlin and the M/V Copenhagen, both of which came into operation in 2016.

Stena Line – Founded in 1962, Stena Line is one of the largest ferry operators in the world. They offer thirty eight Baltic routes, daily.

Tallink Silja Line – Tallink Silja Line is a Finnish owned ferry operator which was founded in 1957 and is a member of the wider Tallink Grupp, owned by AS Tallink. Tallink have four ships sailing under the Silja brand and they transport three million passengers each year.

TT-Line – Based in Lubeck, Germany, TT Line has been providing a ferry service between Travemunde and Trelleborg since 1962. They also operate the Rostock-Trelleborg route. The company has six ships, which travel daily across European waters.

Unity Line - Unity Line is a Polish ferry operator that operates year round ferry services from Świnoujście in Poland to the Swedish ports of Ystad and Trelleborg. They are responsible for transporting two thirds of freight on the Baltic Sea with approximately 250,000 lorry drivers every year.

Viking Line – Founded in 1959, Viking Line operates a series of ferries between Finland, the Aland Islands, Sweden and Estonia. A key player in Baltic waters, Viking Line transport 119,500 cargo units each year with its fleet of eight ferries. With a new ship currently due for release in 2021, its thirty four routes catered for both passengers and hauliers alike.

Not sure which Baltic route or ferry operator is best for your requirements? Speak to our expert customer service team.