As part of our ongoing partnership with Transport Monthly, the UK's leading transport, haulage and fleet magazine, Freightlink will be sponsoring Luke Pinder Racing at the Ginetta GT5 Challenge in April. 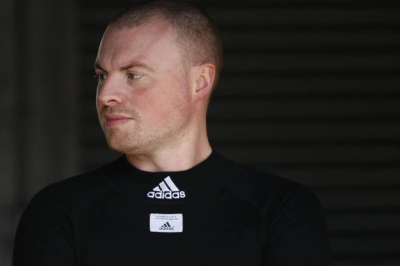 Luke has been involved with motorsports since the age of 13 having started competing in Autograss and moving to rallying and the circuit racing, Lukes ambitions are to progress up the racing ladder as far as he possibly can and as a rally champion turned racing driver uses his unique driving style that always makes every race he is competing in extremely exiting and interesting to say the least.

"Luke Pinder was at peak performance on the track, demonstrating why he has been able to rise up the racing ranks so quickly. The other drivers in attendance had no chance as Luke tore up the track, leaving them all in his dust."

The Ginetta GT5 Challenge family is one of the biggest of all. Packed grids of Ginetta G40's flock to the British GT and BTCC support series to enjoy ultra-competitive single-make motorsport.

Suitable for all ages and levels of race experience, the Protyre Motorsport Ginetta GT5 Challenge is widely known as the breeding ground for future professional drivers.

In conjunction with Transport Monthly, the Freightlink team will be supporting Luke at the Ginetta GT5 Challenge at Rockingham on the 28-30th April. Look out for the Freightlink logo on Luke's car!

"What an opportunity this is! We are very excited to be supporting Luke and the team in the upcoming races. We will be turning up in force for the race on the 30th, and are excited to raise the roof with cheers. Also being able to do this alongside our newest partners Transport Monthly is only proving that strong partner relationships, bring good things. There are big plans from both of us in the future, and this is only the start.

Adding value to our customers, new and old, is top of our list for 2017. Long may it continue. Good luck to Luke and the team, looking forward to seeing you soon."

ITV4 is providing live & post TV coverage of the British GT Championships. Look out for Luke and the Freightlink team over the weekend. Best of luck Luke!