Out of all the ferry routes crossing the Irish Sea, we’ve always had a soft spot for Cairnryan - Larne. Aside from being one of the best value routes on the market; here are some other reasons why.

GETTING ACROSS THE POND IS A BREEZE

Not only is it the shortest route to Ireland from the UK Mainland, the route also offers seven sailings, seven days a week.

The location of both ports provides convenient access to all areas of Britain and Northern Ireland. Although you may have to drive a little further to reach Larne and Cairnryan, the longer sailing times of other ports could more than triple your journey time. By the time you have docked and are back on the road, chances are you would have already reached your destination from either Larne or Cairnryan.

The route, which is operated by P&O Ferries, is one of our most popular routes both for hauliers and couriers, providing expert handling in all types of goods and freight.

IT’S GREAT FOR A DAY OUT 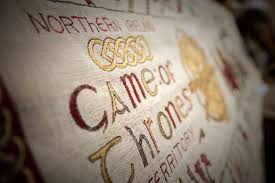 Northern Ireland’s Causeway Coast was recently named the world’s best region for tourism by Lonely Planet. Since the beginning of 2017, tourism has reached record levels peaking to over 2 million visits and boosting visits to the Republic of Ireland by 23%. Worth considering if you are planning on expanding your business or delivery opportunities to include Ireland.

Larne’s location on the North-East coast means that some of Ireland’s hotspots are easily within driving distance. The historic area and natural beauty provides a picturesque drive on any road and it is well worth a journey through the countryside.

The region will prove particularly attractive to Game of Thrones fans. The hit HBO series has filmed a number of iconic scenes in Northern Ireland, including Castle Ward which masquerades itself as Winterfell and Ballintoy Harbour, which is just a half an hour drive from Larne and has been used for exterior shots of the Iron Islands. Many other TV series' and movies also use Ireland. Again, something to be aware of if you are involved in event production and logistics.

Sports fans aren’t left out either. The European Golf Tour is heading to Ballyliffin, County Donegal for the annual Irish Open in July. 80,000 fans turned up to the event last year in Portstewart and this year’s tournament is expected to be even bigger and better.

Along with a myriad of other attractions, if you’re heading here for business in the upcoming months, make sure you book an overnight stay because there’s too much to pack into a day trip. Luckily, sailings run from 4am until midnight most days.

The Cairnryan - Larne ferry route offers perhaps the most affordable way to travel between Northern Ireland and the UK. A journey from Liverpool – Dublin could mean double the cost and wasted time.

Book now with just a few clicks or speak to one of our experienced sales team to find out what is the best option for you and your business.