Storm Brian puts the Wind up the Ferry Operators

Storm Brian was the second storm in as many days that has disrupted crossings, particularly on the Irish Sea. It's a feature of being an island as well as a trading nation that the smooth flow of goods will be interrupted by high winds and rough seas yet again... and we're only still in October!

But Why Name Storms?

Atlantic hurricanes have been named since 1950 with 'Able' being the first named storm. 1953's Alice was the first real human-name used but it wasn't until 2015 that storms affecting Ireland and the British Isles were first named, with Storm Abigail becoming the UK's first in November 2015. In 2015 the Met Office and its Irish counterpart Met Eireann launched a project to name severe winter storms, following the pattern of naming hurricanes in the U.S. By giving each severe storm a name the thinking was that it would facilitate a more uniform communication of approaching weather systems. Not only that but personalising an inanimate object in this way helps to raise awareness and therefore is more likely to prompt action by people to protect themselves and their property.

In 2015/16 we reached Storm Katie which meant that there were a total of 11 named storm systems during that winter. Last year, during the 2016/17 season, only 5 storms were named; after Storm Ewan all fell quiet, that's until the silence was broken with the start of the 2017/18 season on the 12th September with Storm Aileen.

So, Why Do Ferry Operators Cancel Services? 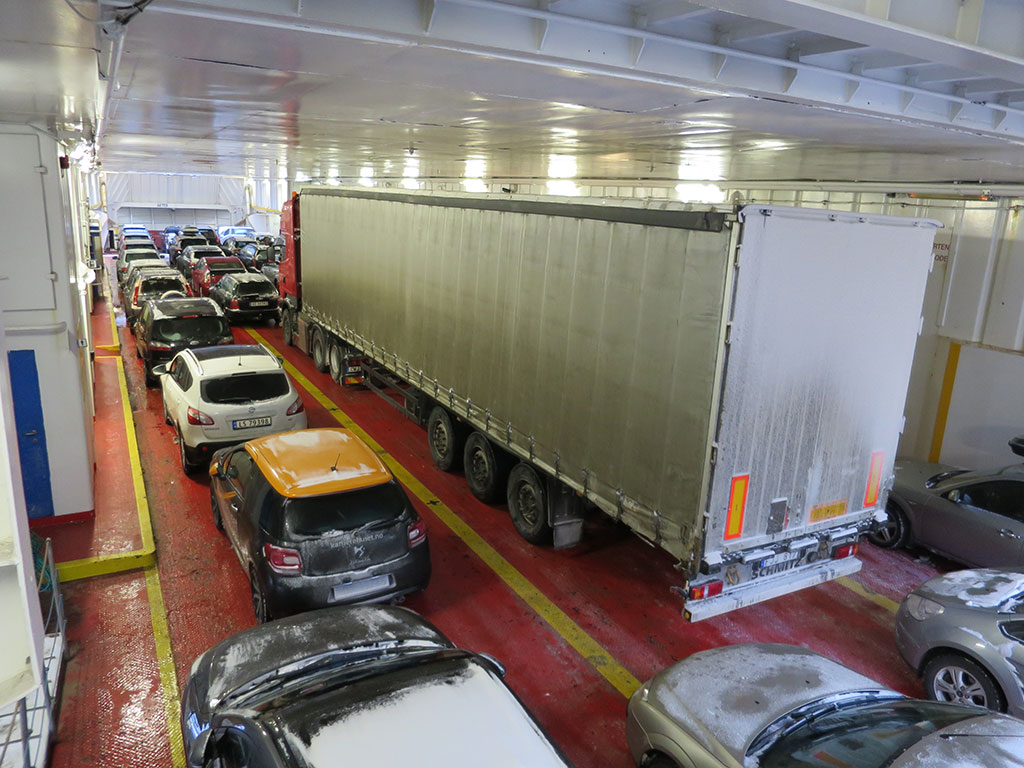 Apart from the damage that can be wreaked on board from people falling or furniture, crockery and glass being thrown around, the ferry companies also have responsibilities for safety at sea, for the vessel, its crew and their passengers. During severe storms, cargo can even shift in spite of precautions taken to secure vehicles with chains. This can give rise to a huge amount of destruction on vehicle decks, quite apart from compromising the safety of vessels themselves. But a key issue for ferries is that docking may not be possible. Even if a ship sails it will not be able to arrive on to its berth at destination. The reason for this is that the vessel has huge 'windage' (the part of a ship exposed to the wind) and this vast surface area acts just like a sail, preventing the ship from manoeuvring at low speed. Bow thrusters fitted to the vessel can compensate to some extent, but in very strong winds there may simply be insufficient power available to compensate for the enormous forced that a strong wind can exert. Not sailing therefore becomes the only option for the ship's Master. The decision to cancel solely rests with them.

What can be done to avoid delays? Discuss options with your account manager or our customer service team. Freightlink monitors bad weather conditions and can work with you to find alternatives, no matter what the condition may be.