The old passenger ferry terminal at Dun Laoghaire (replaced by the port of Dublin) has received planning approval to be turned into ‘a digital technology hub’.

The proposal estimated to produce up to one thousand new jobs and fifty companies into the area, was brought to Dun Laoghaire-Rathdown’s County Council by the project’s developer, Phillip Gannon, who intends to invest €20,000,000 into the new venture.

The terminal has been empty since 2015 when sailings to the area ceased and Gannon claims he intends to turn the abandoned building on St Michael’s Pier into the ‘harbour innovation campus.’ 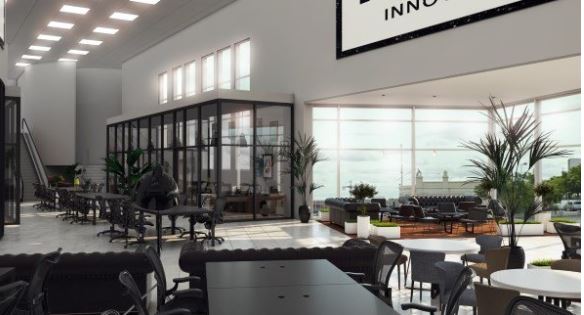 The development will make it the largest technological hub in Ireland and become one of the top five in Europe.

According to Gannon, the development will make the previously disused space one of ‘world-class innovation’.

The council unanimously granted approval on Tuesday, however, they have issued terms that the outside of the building must remain the same. The 7,000sqm interior will be transformed into a revolutionary campus for the local technology companies, similar to those in the country’s capital.

Support for planning has come not just from the area’s council, but also the locality as Gannon states:

"We have received overwhelming support from local residents and businesses who all understand the huge benefits that this project will bring to the area."

Figures estimated by Gannon claims that within the next decade alone the project will generate €15,000,000 in rents and rates, whilst offering the local economy an additional €6,000,000 boost.

Dun Laoghaire is just the start of Mr Gannon’s vision into revolutionising Ireland’s technological scene as he has plans to open three smaller regional harbour digital innovation hubs across the country over the next three years.

According to Minister of State for Trade and Employment, Pat Breem:

"The type of co-operation between large multinationals SME and academics that occurs in these hubs can generate exciting opportunities."

Building work on the project is set to begin next month and an unveiling is scheduled for Spring next year.