After struggling to nail down a setting that the team were happy with, qualifying as 10th fastest was not where Luke wanted to be. In race 1, Pinder moved up to an eventual 6th place and was very happy with the set up changes made after qualifying.

So after starting from 6th in race 2, the Luke Pinder Racing team were optimistic of a good finish. Again, Luke moved forward at the start and managed to move up to 2nd position before becoming the victim of another competitor’s over eagerness to get in on the action at the front. This resulted in damage to the steering on Luke’s car which resulted in retirement from the race. Luke was extremely disappointed because new sponsors Freightlink and Transport Monthly were in attendance for the first time and he wanted to put on a good display.

The problem with an early retirement meant Luke had to start at the very back of the grid for race 3. Again determined to make amends, Luke made a fantastic start and charged through the field taking car after car – finally ending up 7th from the rear of the 24 car grid and overtaking some 17 cars.

Luke is optimistic about prospects for this coming weekend’s pair of races at the British Touring Car meeting at Thruxton. He has won races at the venue previously and likes the nature of one of the fastest tracks on the calendar, so watch this space.

Many thanks to Luke Pinder Racing and Transport Monthly for hosting the Freightlink team at last weekend's Ginetta GT5 Challenge. The team had a fantastic time with only a bit of sunburn! 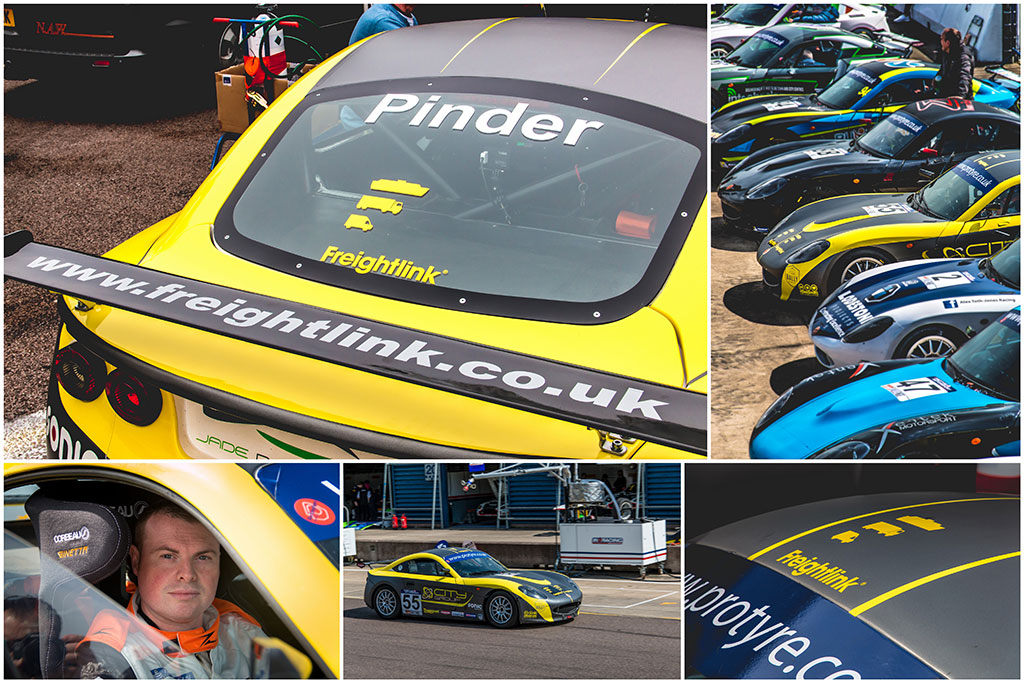