11 of the Most Popular 'Truckers' Trucks

No matter what it is, everyone has a favourite. We reached out to the drivers at TruckNetUK for 11 of their all time favourite trucks. 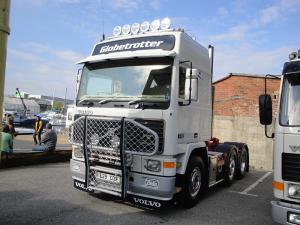 "In its day it was untouchable. The lightest clutch pedal, the smoothest steering and best wipers which were light years ahead of the Leylands, ERFs and Fodens that I was used to. The storage lockers were new and different. At last I had somewhere to put stuff as opposed to a big heap on the passenger side footwell. It had lights that actually illuminated the road ahead and brakes that stopped it too. The interior wasn't made from steel with nuts and bolts everywhere, it was soft plastics, vinyl and velours. It was much quieter and one helluva lot more powerful. Once you got the hang of the 16 speed, you wondered how anything else moved at all."

"The only credible Brit competitor to the Euro invasion and which helped to set the scene for future truck development in terms of cab design and the 10 hp + per tonne formula."

"Most reliable, easy to fix, long distance truck which would always get you home (even without alternator working, or on less than 6 cylinders)" 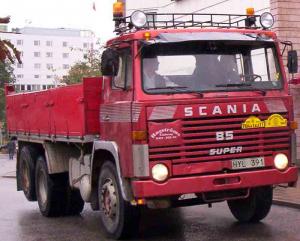 "For its time, years ahead with a good synchro gearbox and power steering, lovely truck with a flat floor and relative lot of space."

"Very underrated vehicle, on similar work to competitors who had Scanny 142's they seemed surprised that the Seddon could stay with them when we ran together. Good on fuel, totally reliable. Jake Brake meant almost never using the brakes apart from coming to final rest."

"Had one as a lwb wagon and drag car transporter with a brilliant Lohr 10 car body on it, super low cab which meant it was the perfect lorry for multi drop work, pulled like hell, handled well and ignored snow that stopped almost everything else."

"One of the best trucks ever built in my opinion and in time will come to be remembered as such." 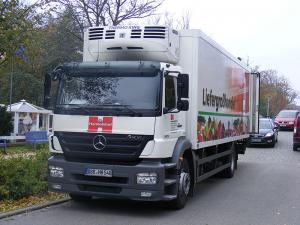 "An awesome puller, when empty in the wet it would spin its wheels up to 10th gear!"

"No other lorry has combined power, economy, reliability and desirability in the same way. Over the top on the A66 at 38 tonnes without changing gear."

"My favourite of the lot. It truly knew how to convert lots of diesel into speed, noise and smoke. Weight did not matter, in fact the heavier the better and you could easily guide it through the eye of a needle flat out and it frequently preferred to be in the 3rd lane.

Then there was the sound. From the moment you started it you knew there was serious power under you. Cars just moved out of your way because they thought they could hear a freight train coming through. With that engine, gearbox and driveline combination it was a freight train. Great cab too. A unique motor."

Do you have a favourite truck? What made it special? Let us know