A Day In The Life Of... A Ferry Routes Manager

With our close links to some of the key figures who work (and have worked) within the ferry industry, we recently interviewed retired Ferry Routes Manager for Stena Line, Steve Doherty.

Hi Steve, How did you get into working in the ferry industry?

Steve: I joined Associated British Ports in 1977 as an accounts clerk. By 1979 I was bored by office work so applied for a job as a docks foremen overseeing the loading and unloading of ships. We had grain scrap and timber as our main commodities as well as servicing the rigs that were exploring the Morecambe Bay gas field. The major part of our time though was working on the RoRo ships operated by P&O and B&I (British and Irish Steam Packet Company) that linked Larne and Dublin.

What positions have you worked in?

Steve: For about 10 years I worked as a Dock Foreman until 1989 when the National Dock Labour Board was abolished. I was then made redundant. However, I was very fortunate to start working for Pandoro in the same boots and overalls on the next shift.

After a few more years I moved into the office and worked as a Quay to Quay Coordinator booking space on ships for companies other than P&O. There was a structural change when Pandoro split into two separate companies. Ferrymasters took the haulage business and P&O Ferries ran the shipping side of the business. I became the customer service coordinator at Fleetwood (Mark Stephens did the same job in Liverpool and we both reported to Phil Simpson).

When Stena Line bought the business in 2004 Mark and Phil left to work for Freightlink and I carried on in the same role with Stena.

In 2006 I became Operations manager at Fleetwood and then in 2008 I was promoted to Route Manager of the Fleetwood - Larne route. The route closed in December 2010 and I spent until March 2011 closing the port down. I then did some project work assisting in the setting up of the Belfast - Cairnryan route in planning the new port and ship working. In January 2012 I took over as Stena’s Operations Manager in Heysham with Birkenhead coming under my jurisdiction in 2013. I retired at the end of April 2015. 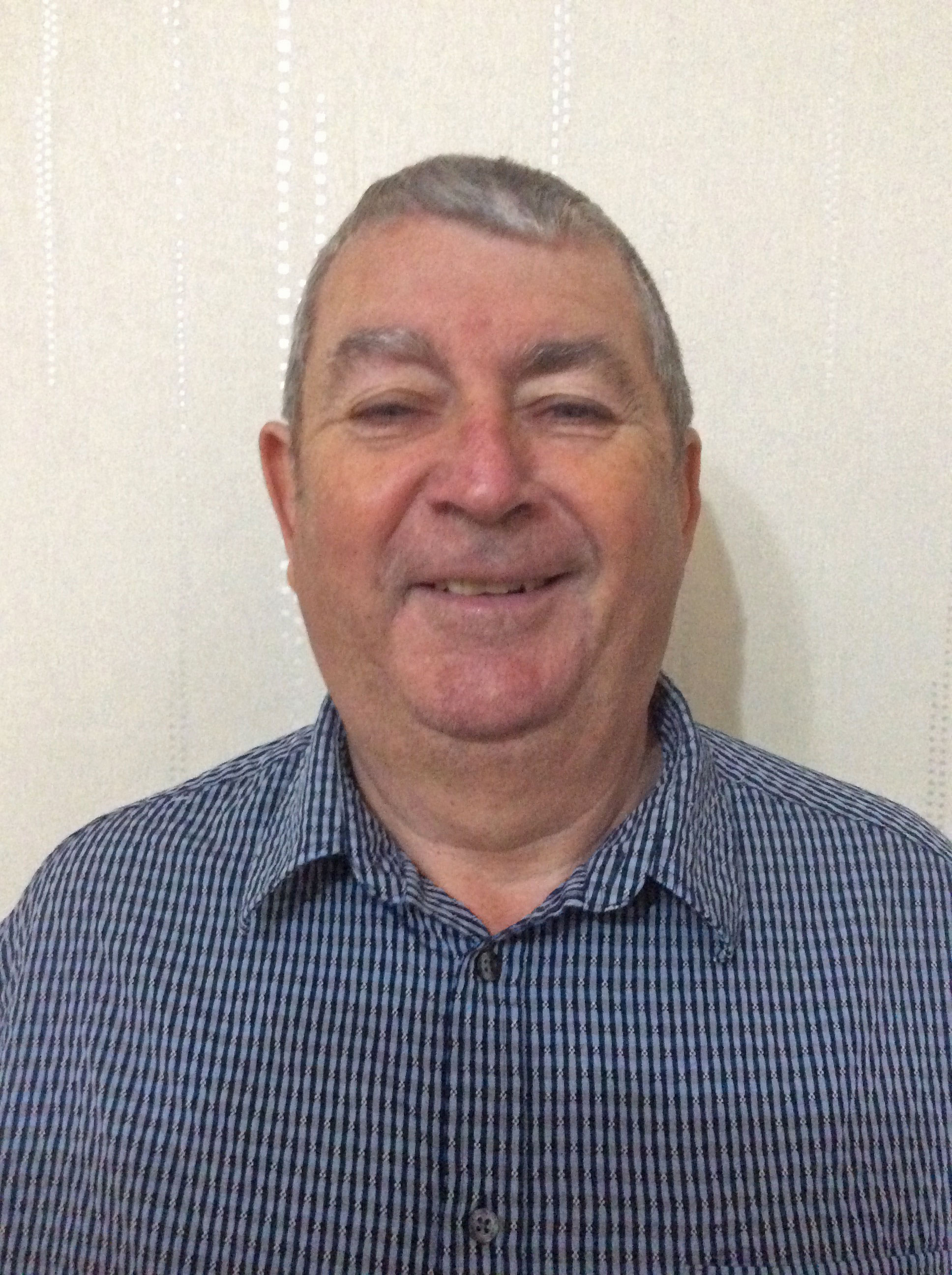 What's a normal day as a Dock Foreman like?

Steve: No two days are the same. Weather and tidal conditions vary. Some days were very busy with more traffic than you could possibly fit on the ship others were quiet and boring.

What are the best bits of the job?

Steve: Loading a ship is a bit like a giant jigsaw puzzle. It is very satisfying to fill every nook and cranny of the deck without any damage and on time. Some of the outsize loads have been a challenge to load and getting that right can be very satisfying.

What are the worst bits of the job?

Steve: Dealing with accidents, especially when someone is seriously hurt. Unfortunately loading ship is a VERY hazardous area to work with 24t trailers and tankers attached to tugs being loaded in a very short period of time, moving in all directions. Thankfully due to the diligence of port and ship staff accidents are rare. I had one such accident in Fleetwood when a crewman was hit and seriously hurt and got stuck under a trailer. We had the Air Ambulance landing in the terminal and fire officers and paramedics who release him. Fortunately he survived, although his injuries were such that he would never work again.

On a more frivolous note, loading a ship in a howling gale at three o’clock in the morning with horizontal rain soaking you through all your wet gear is something that I do not miss!

Do you have any memorable stories that you could share?

Steve: During the early days of my career the office staff used to come down to the ship to collect any paperwork and post. On one particular day the ship was still turning so the clerk parked the new, 3 weeks old company escort van on the linkspan (the drawbridge used to move vehicles on and off the ferry) and got out to talk to the dockers. The linkspan was always left in the horizontal position but as the tide was just coming in the river was still quite low. We started to lower the linkspan so the ship could land its stern door down. All of a sudden there was a shout. As the linkspan started to drop the van suddenly started to roll towards the end of the linkspan. He had forgotten to put the handbrake on. It was going too fast for anyone to stop it and disappeared into the river. We had to bring a crane and divers in to recover the van (which was a write off) and the ship was delayed by 3-4 hours.

What things have you seen in recent years that have improved the ferry industry?

Steve: Safety has a much higher priority these days. Training and best practice are thankfully the norm now. When I first started in the industry my protective clothing was a black woollen overcoat and dark navy boiler suit. There was no such thing as High Viz! The new generation ships are much cleaner and easier to work on. Non slip coverings on ships decks and ramps are used all the time, improving vehicle traction and improving safety of passengers and ship staff. 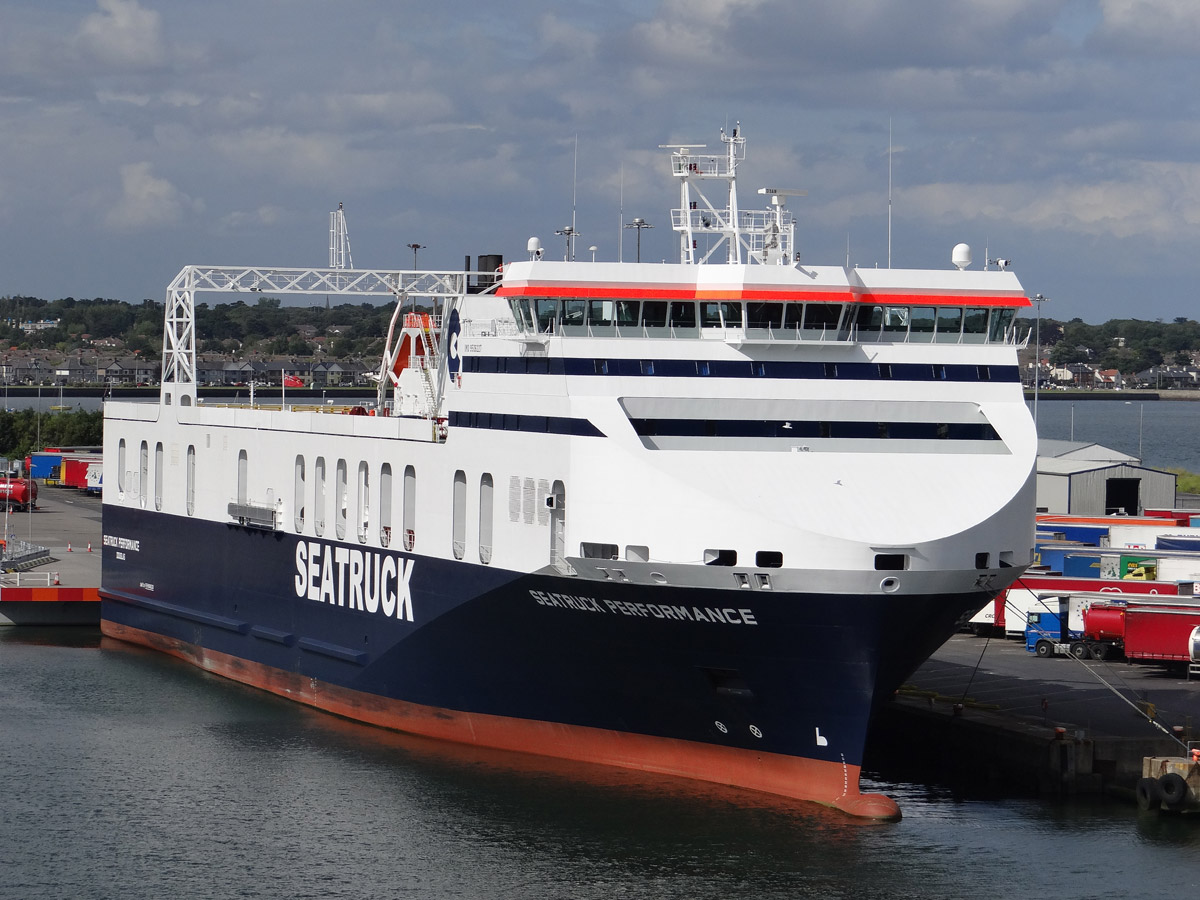 What do you think is the next exciting development for the ferry industry?

Steve: Ship design is improving all the time. I was very impressed with the Seatruck F Class ships when Stena Line chartered 2 of them for the Heysham - Belfast route. They have well lit decks with excellent headroom and are amazingly easy to load. They have plenty of power to keep to schedule and are good sea ships in poor weather. Stena Line are currently building 4 new ships with an option for another 4. They will be drive through and twin deck loading which, if any come to the Birkenhead Belfast service, will revolutionise the loading process, and provide a new standard of service for freight and passenegers.

Thanks to Steve Doherty for all his help with this article.